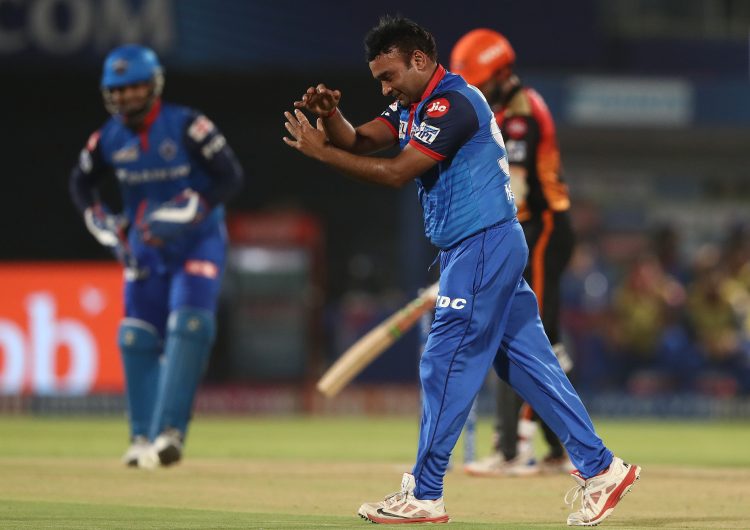 T20 cricket still remains a batsmen’s game but in IPL 2021 we witnessed some fantastic bowling performances from the likes of Avesh Khan, Harshal Patel, Deepak Chahar and many more. Here are some of the best spells from the 29 matches played so far in Season 14 of the Indian Premier League.

Kicking things off at number five is Andre Russell’s wonderful death bowling effort against the Mumbai Indians. Russell astonishingly picked up 5 wickets in his two-over spell and his tactic of bowling wide to the right-handers from round the wicket worked to great effect on the sluggish Chennai pitch.

The veteran leg-spinner Amit Mishra produced a vintage performance against the 5-time Champions at Chennai. Mishra used all his guile and experience for Delhi as he picked up the key wickets of Rohit Sharma, Kieron Pollard, Hardik Pandya and Ishan Kishan while conceding only 24 runs. Mishra’s efforts limited Mumbai to a below-par total of only 137 which Delhi chased comfortably with 6 wickets in hand.

Harpreet Brar announced himself on the IPL stage with a wonderful spell against the Royal Challengers Bangalore in Ahmedabad. After going for 17 runs in his first two overs, Brar came back magnificently to concede only two runs in the remainder of his spell which included a double-wicket maiden. He dismissed Kohli and Glenn Maxwell off back-to-back deliveries before taking the crucial wicket of AB De Villiers one over later to seal the win for Punjab.

Deepak Chahar has been the ace up MS Dhoni’s sleeve with the new ball for the Chennai Super Kings and picked up four wickets against the Punjab Kings within the first seven overs at the Wankhede. Chahar bowled the perfect swinging delivery which hit the top of off stump to dismiss Mayank Agarwal and followed it up with the key wickets of Chris Gayle, Nicholas Pooran and Deepak Hooda. The Kings never recovered from this opening onslaught from Chahar and only managed to make 106 runs in their innings which Chennai chased comfortably with 25 balls to spare.

1. Harshal Patel 5-27 vs MI Harshal Patel emerged as RCB’s go-to option at the death with this wonderful spell against the defending champions in the opening game of the season. Patel became the first player to take a 5-wicket haul against the Mumbai Indians in IPL history and dismissed Ishan Kishan, Kieron Pollard, Marco Jansen and the Pandya brothers to restrict Mumbai to only 159 with the bat. The Bangalore bowler used his slower deliveries and variations to great effect which neutralized Mumbai’s lower order muscle and gave RCB the perfect start to the tournament.