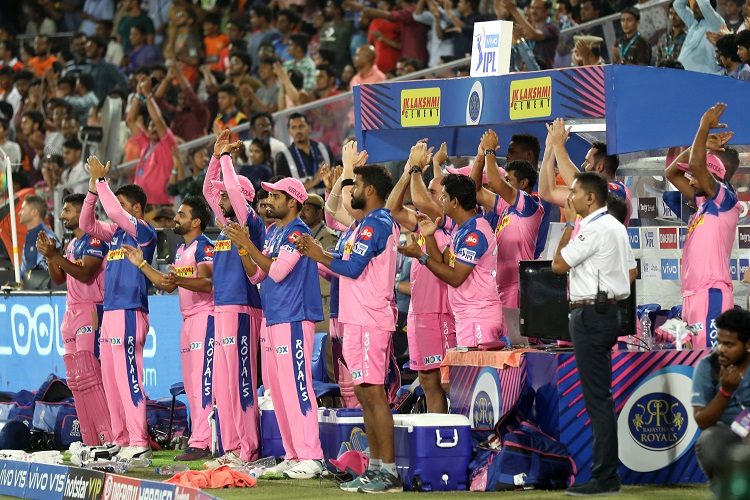 Rajasthan Royals had beaten Chennai Super Kings in the final of the first edition of IPL. They were suspended from IPL together for the same two years, 2016 and 2017. While Chennai had come back strongly to clinch the title last season, Rajasthan did not fare badly either: they qualified for the Playoffs.

Rajasthan will host Chennai at Chepauk in the second match of Sunday’s double-header. Chennai have won both matches – convincingly, against Royal Challengers Bangalore and Delhi Capitals – while Rajasthan have lost both, against Kings XI Punjab and Sunrisers Hyderabad. Chennai will obviously start as favourites.

Chennai have more or less all boxes checked so far. Their spinners – Imran Tahir, Harbhajan Singh, and Ravindra Jadeja – bowled out Bangalore for 70. And against Delhi, Deepak Chahar and Dwayne Bravo, their pacers, came to the forefront. Their bowlers dominate the Purple Cap table, while their batsmen have had decent practice, especially in the Delhi match.

Rajasthan could have beaten Punjab, but their chase went downhill after R Ashwin Mankaded Jos Buttler. They needed 37 in 20 balls with 8 wickets in hand, but they lost 7 wickets and could get only 22 of these. They also kept Hyderabad at bay for some time despite the latter’s 110-run opening stand. They could not hold nerves when it mattered.

Chennai hold a 12-7 advantage over Rajasthan. However, the teams had won one match each last season in head-to-head clashes.

However, Rajasthan turned things around in the return match at Jaipur. The bowlers first restricted Chennai to 176/4. Then Buttler, who had found a purple patch, smashed an unbeaten 95 off 60 balls, while Krishnappa Gowtham played a decisive cameo at the end. Rajasthan won by 4 wickets with a ball to spare.

Sanju Samson (Rajasthan Royals): Samson had looked dangerous during his 30 against Punjab. And against Hyderabad, he finished unbeaten on a 55-ball 102 – the first hundred of IPL 2019. He had also clinched the Orange Cap during the course of the innings before having to relinquish it to David Warner.

Suresh Raina (Chennai Super Kings): This is IPL, which means that Raina will not end the tournament without pulling off something outstanding. He played cautiously on a dubious wicket for his 19 against Bangalore (on a pitch where 13 wickets fell for 141 in 34.5 overs). And against Delhi, his 16-ball 30 suddenly made 148 look small. He looked menacing on both occasions; perhaps he will convert this time.

Everything, including home advantage, points at Chennai.