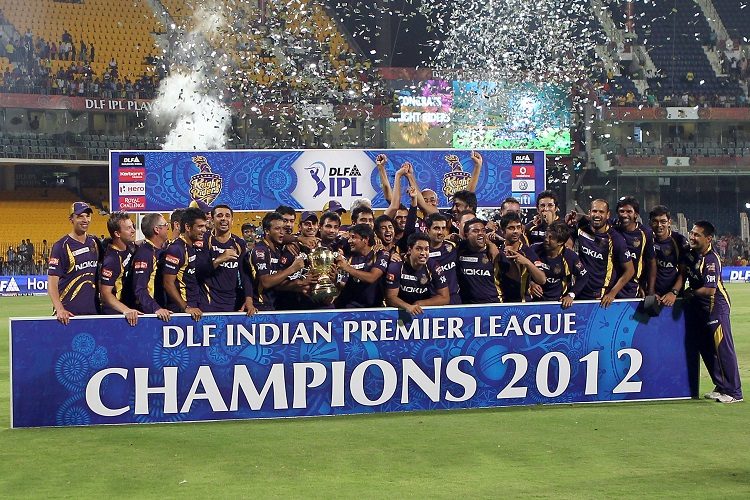 Kolkata Knight Riders had revamped their squad in the 2011 auctions. Now, under Gautam Gambhir, their new captain, they lifted their first ever trophy. The triumph went a long way to lift the spirit of Shahrukh Khan, who earned himself a five-year ban from Wankhede Stadium after he was caught smoking on camera. Gambhir himself finished as the second-highest run-scorer of the tournament, behind only Chris Gayle.

Thi was an incredible season for Gayle, who did even better than an already outstanding 2011. With 733 runs at 161, he won the Orange Cap yet again – though Royal Challengers Bangalore did not make it to the top four. He slammed

After trying out Ajantha Mendis in the earlier editions, the Knight Riders found a virtually unknown West Indian mystery spinner called Ajantha Mendis. With 24 wickets at 13.50 at 5.47 an over, Narine played key role in Kolkata's maiden title. Despite finishing a wicket behind Purple Cap winner Morne Morkel, Narine was named MVP of the tournament.