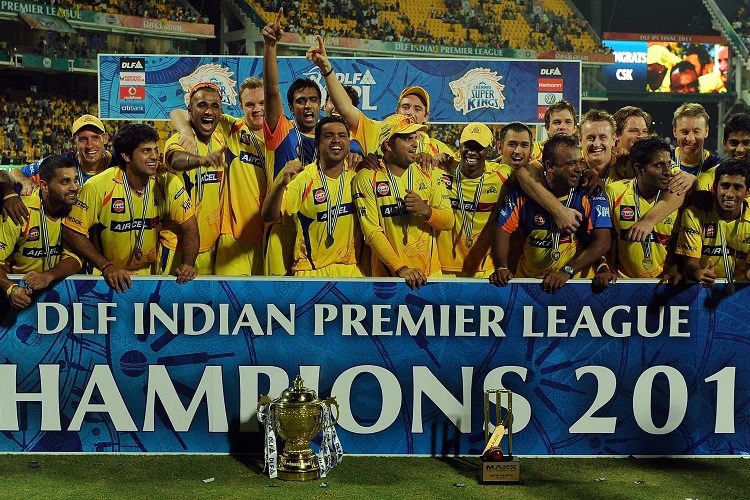 The IPL added two new teams – Pune Warriors India (who finished ninth) and Kochi Tuskers Kerala (eighth) – to their roster in 2011. The ten teams were divided into two groups of five teams each. Every team played every other team from the same group twice and from the other group once. This took the number of matches to an absurdly high 74.

Royal Challengers Bangalore signed up Chris Gayle a replacement for Dirk Nannes. Gayle won both the Orange Cap and the MVP for his 608 runs at a strike rate of 183. Teammate Virat Kohli finished second, with 557, while Sreenath Aravind had the third-most wickets.

Unfortunately, even then they were overwhelmed by Chennai Super Kings in both the Qualifier 1 and the final (the four-match format was also introduced this season). MS Dhoni lifted his second IPL trophy less than two months after leading India to their second World Cup title.

One of Chennai's inspired acquisitions this season was Dwayne Bravo, a replacement for Muttiah Muralitharan, who had moved to Kochi. As for Kochi, they failed to pay the bank guarantee and were expelled from IPL after the tournament.