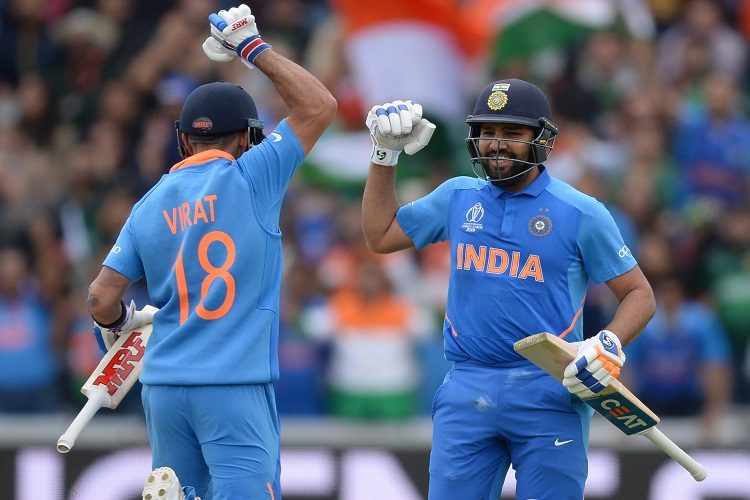 India beat West Indies by 6 wickets at Rajiv Gandhi International Cricket Stadium, Uppal, Hyderabad, to go 1-0 up in the 3-match series. The teams will now meet for the second T20I, at Greenfield International Stadium, Karyavattom, Thiruvananthapuram. Ahead of the match, here is a statistical preview.

1 wicket needed by Yuzvendra Chahal (52) to go past R Ashwin (52) and become the leading wicket-taker for India in T20Is.

9 matches lost by West Indies in 2019, their joint 2nd-most in a calendar year. They had lost 10 in 2018. However, they have won just a solitary match this year, compared to 4 last year.

38 catches for Rohit and 36 for Kohli. Only Suresh Raina (42) has more catches among Indian non-wicketkeepers.

60 defeats for West Indies in T20Is, the joint 2nd-most. One more will bring them level with Sri Lanka (61), who have lost the most T20Is.

67 runs needed by Rohit (433) to reach 500 runs against West Indies. If he does that, Rohit will become the 2nd batsman in T20I history to do this. Kohli has 584 against Australia, while nobody else has more than 471. Rohit also has 452 runs against Bangladesh.

96 balls were played in the only T20I at Thiruvananthapuram, between India and New Zealand in 2016-17. India had won the 8-over match by 6 runs. This is the fewest balls bowled on a single ground where at least one T20I has been played.