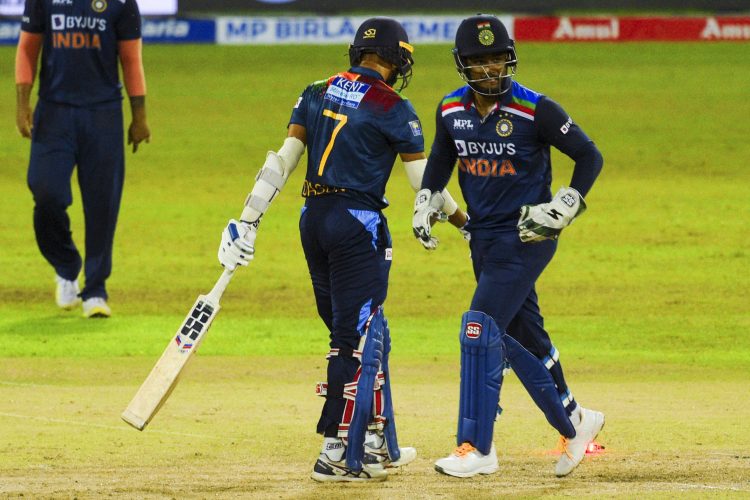 Team India continued their momentum in the T20I format as Rohit Sharma’s side comfortably dispatched Sri Lanka to complete a 3-0 clean sweep and register their seventh successive home T20 series victory. Despite missing plenty of their big names like Virat Kohli, Rishabh Pant and KL Rahul, the Men in Blue thoroughly outplayed the tourists across the three matches, and here is our report card for the series.

It was a dream series for Shreyas Iyer with the bat as he finished with 204 runs at a strike rate of 174 across the three matches, claiming the Player of the series trophy in the process. Iyer ensured India didn’t feel the absence of Virat Kohli at number three, scoring three half-centuries in the series while crucially remaining not out at the end of each innings. Iyer also displayed some promising improvements in his game against Sri Lanka, increasing his hitting range against pace and upping his intent as he took just 25, 30 and 29 deliveries to reach the half-century mark in this series.

Ravindra Jadeja returned to the Indian team for the first time in nearly three months against Sri Lanka and the left-hander slotted in seamlessly at number seven as the primary all-rounder of the side. Although his bowling was slightly on the expensive side – conceding an economy of 8.1 in eight overs – Jadeja starred with the bat in hand, remaining not out in all three matches and scoring at a strike rate of 189 in the series.

Although Rohit Sharma continued his excellent run as captain against Sri Lanka, it was a disappointing series with the bat for the opener. The right-hander managed just 50 runs across the three matches at a strike rate of 116 and was posed plenty of questions by the pace of Dushmantha Chameera, who has now dismissed Sharma six times in T20Is.

Considering this was his first real opportunity in the Indian setup for nearly a year, it was a promising return to international cricket for Sanju Samson. The Rajasthan Royals captain made his case for selection in India’s World Cup squad as he showcased his outstanding hitting ability against pace, finishing with a healthy strike rate of 154 for the series and playing two important cameos with the bat in Dharamsala.

After enjoying an excellent series against the West Indies, Harshal Patel endured a tough time versus Sri Lanka, with the fast-bowler picking up just two wickets across the three matches. More concerningly, Patel had an economy rate of 9.1 as he struggled at the death on two flat decks in Dharamsala, failing to accurately deliver his slower balls and committing the mistake of overpitching into the arc of Dasun Shanaka.