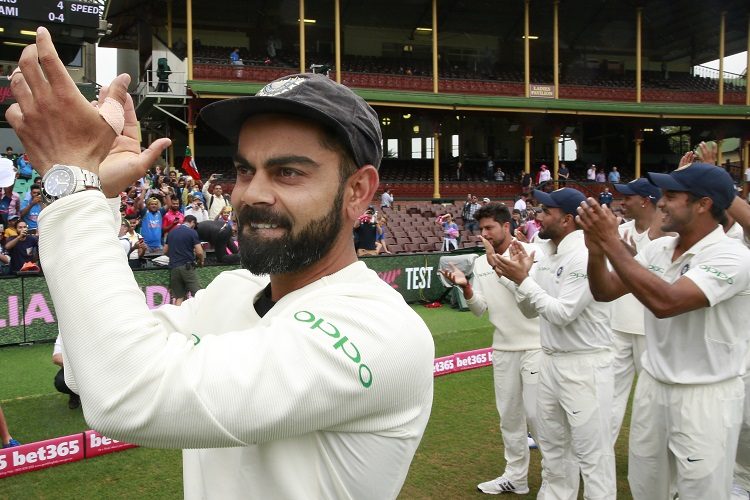 India had thrashed South Africa by 203 runs in the will host the first Test of the three-match series, at YS Rajasekhara Reddy ACA-VDCA Cricket Stadium, Visakhapatnam, in India’s first home Test of 2019. The teams will now meet at Maharashtra Cricket Association Stadium, Pune. Ahead of the match, here is a statistical preview.

0.8 India’s win-loss ratio against South Africa (12 wins, 15 defeats), their worst against any country since South Africa’s readmission to Test cricket. Only against England have India won fewer matches (15) than lost (16) over the same period.

1 uncapped player in the Indian squad – Shubman Gill. He may become the 296th cricketer to play Test cricket for India.

2 scores in excess of 20 for India in their only Test at Pune so far. KL Rahul, not playing in this Test, had scored 64, while Cheteshwar Pujara had got 31.

2 uncapped players in the South African squad – Heinrich Klaasen and Anrich Nortje. They may add to the list of 337 South African Test caps. However, both have played for South Africa in limited-overs cricket.

3 grounds in India where India have lost the only Tests they have played – Gymkhana Ground, Mumbai; University Ground, Lucknow; and Maharashtra Cricket Association Stadium, Pune. They will want to win here for the first time.

8 Tests for Virat Kohli as captain against South Africa, the joint most with Sachin Tendulkar and MS Dhoni among Indians. Kohli now has a chance to draw level with them at Pune.

10 consecutive home series wins for India. This includes 2 against each of Australia and West Indies, and 1 against South Africa, New Zealand, England, Bangladesh, Sri Lanka, and Afghanistan. Over this period India have won 23 Tests, drawn 5, and lost 1.

49 Tests for Kohli as captain, the joint 2nd most among Indians with Sourav Ganguly (49). He should become the first to lead them in 50 Tests here. Only Dhoni (60) has led India in more Tests.