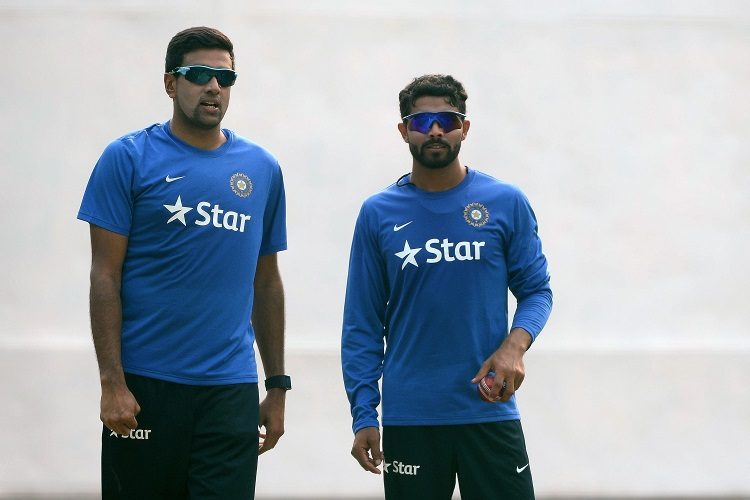 India had a superb day out in Visakhapatnam on Thursday, 3 October, with Mayank Agarwal notching up a double-century after Rohit Sharma’s 176, and the home side declaring their innings at 502/7. Then, South Africa felt the full force of R Ashwin, the off-spinner seeing off Aiden Markram and Theunis de Bruyn late in the day to leave the visitors at 39/3, a deficit of 463.

As much as the first day was about Rohit Sharma, scoring a Test century in his first innings as an opener after all that scrutiny, the second was all about Agarwal. Resuming the day on 84, he converted his maiden Test century into a double-hundred. There were nerves as he approached each landmark, but largely, he didn’t put a foot wrong, till he attempted a slog to the part-time left-arm spin of Dean Elgar.

Before that, he had done his bit in a 317-run opening stand with Rohit – the third-highest opening partnership for India in Test history, and the biggest partnership by an Indian side against South Africa.

Apart from Rohit and Agarwal, the batsmen didn’t really effect the team in the same way. Cheteshwar Pujara fell in the first ball after lunch, unable to handle a fine outswinger from Philander, while the likes of Virat Kohli (20), Ajinkya Rahane (15) and Wriddhiman Saha (21) fell attempting to push the scoring.

Their efforts combined to take India past 500, with Ravindra Jadeja scoring a 46-ball 30, and India declared in time to give the South Africans 20 tricky overs to see off. They didn’t really see them off too well, with Markram and de Bruyn, who looked decent for the most part, falling to Ashwin’s smart off-spin.

Dean Elgar hung around to finish the day, but at the other end, Jadeja chipped in with the scalp of Dane Piedt to put South Africa in a hugely uncomfortable position going into stumps.

India will be hopeful of dislodging Elgar early on the third morning, and working their way into South Africa’s middle order. The visitors still have plenty to do, given India have put on a significant total on the board, and with the pitch expected to deteriorate, their excellent spinners – Jadeja and R Ashwin – will be licking their lips.

That said, South Africa, as history has proved, isn’t the sort to buckle from such challenges. They have, countless times in the past, grinded their way in a blockathon to safety, and that shouldn’t be ruled out. Given the total India have posted, they desperately need that. But those wickets in the death doesn’t make for much in terms of confidence.

R Ashwin (India): There has been a lot of speculation on Ashwin’s place in this side. Having not played a Test in the previous tour of the Caribbean, he made the most of a few overs in the late stages of the second day in Vizag. He will have more chances to show his value to the team tomorrow. How effective can he be in conditions that will play to his strengths? Likely quite a bit.

Faf du Plessis (South Africa): South Africa will need to delve into their reserves of patience on what is expected to be a long day three. Their captain will have to lead from the front. He is capable of frustrating the opposition bowlers with his fight, and the veteran is expected to come up with the goods when the team needs it the most.

South Africa to be bowled out in their first innings, with the Indians making big inroads into their second.