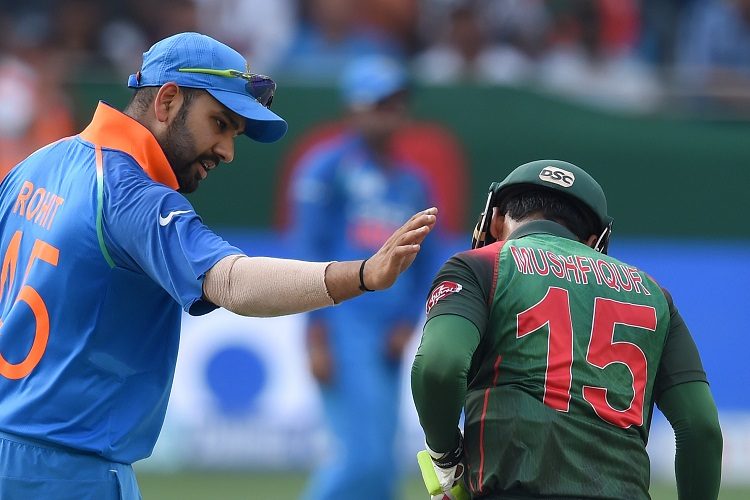 Bangladesh’s tour of India tees off with a 3-match T20I series, the first of which will be played at Feroz Shah Kotla, Delhi. Ahead of the match, here is a statistical preview.

1 uncapped player in the Indian side – Shivam Dube. He may become the 82nd to play T20Is for them.

1 uncapped player in the Bangladesh side – Mohammad Naim. He may become the 67th to play T20Is for them.

4 men have played all 8 matches between India and Bangladesh – Mahmudullah, Mushfiqur Rahim, Rohit Sharma, and Suresh Raina. With Raina ready to miss this one, the 100% record will belong to the first three.

4 wickets needed by Yuzvendra Chahal (46) to become the 3rd Indian and 31st overall to take 50 T20I wickets. In fact, Chahal has a chance of going past Jasprit Bumrah (51) and R Ashwin (52), the only Indians ahead of him, in this series.

5 wickets for Chahal against Bangladesh, the 2nd-most for India. He needs 2 more to go past Ashwin (6). Washington Sundar has 4.

8 matches for India against Bangladesh and they have won all. This is the 2nd-most matches for any side against an opposition with a 100% record: Pakistan lead Zimbabwe 11-0.

7 wickets for Al-Amin Hossain against India, the joint-most for Bangladesh. He needs 1 more to go past Rubel Hossain (7).

10 T20Is for Bangladesh on Indian soil. They had 2 of the first 3 (against Netherlands and Oman), while another (against Ireland) did not produce a result. Since then they have lost 7 matches against five different oppositions.

35 catches for Rohit. He needs 2 more to go past Kohli (36) and secure 2nd spot among Indians on the list of non-wicketkeepers. Only Raina (42) has more.

98 T20Is for Rohit, the joint-most for an Indian male. Dhoni has also played 98 T20Is. Rohit will also draw level with Shahid Afridi (99). Only Shoaib Malik (111) has played more matches.