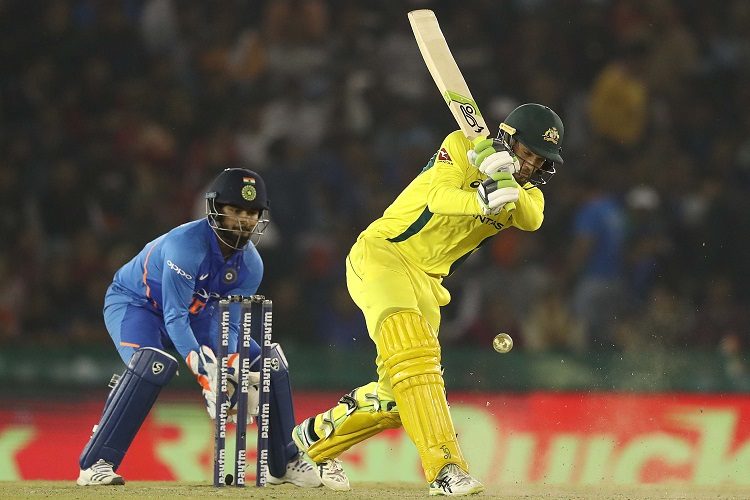 India’s last ODI before they set off for the World Cup, and it’s a must-win match against Australia in Delhi on Wednesday, 13 March.

India’s 2-0 lead after victories in Hyderabad and Nagpur seem a long time ago after Australia’s belligerent comeback with victories in Ranchi and Mohali. This isn’t how this series was supposed to go. India were the World Cup favourites, Australia were the out-of-sort bunch, desperate for their stars to return.

Instead, Australia have driven India to the wire in each match, and came out tops in the last two. India, meanwhile, have quite a few questions to answer before the World Cup, and precious little time, with the IPL looming, to figure it all out.

It makes the upcoming ODI that much more important. India allowed Australia to complete their most successful ODI run-chase in Mohali, but their bowlers have largely been good and their performance in Mohali can be considered an aberration.

But India are no closer to answer questions surrounding the No. 4 batsman, the position of Bhuvneshwar Kumar, and their preferred middle-order combination.

Australia, meanwhile, give the impression of a team hungry to prove themselves – Aaron Finch has found form, Usman Khawaja is finally making a name for himself in the format, and the likes of Peter Handscomb and Ashton Turner are desperate to ensure that, even after David Warner and Steven Smith become available again, they won’t give up their slots without a fight.

India are suddenly up against it.

The loss in Mohali meant India have lost 76 ODIs against Australia over the years. They have also lost 28 matches to Australia at home. Even their record at home – India have had the better of Australia at home over the last ten years – is taking a beating: they’ve won 13 and lost 9 of their 23 matches.

India won’t mind so long as they can secure victory in New Delhi.

History favoured Australia in Mohali, but in Delhi, India have beaten Australia in three of the four ODIs at the Feroz Shah Kotla. Their last clash here came in 2009, though. The Kotla generally hasn’t hosted too many ODIs, but India have a good record here all the same: they’ve have won 12 of the 19 ODIs they have played at this venue, although they lost the last one, in 2016, against New Zealand.

Playing conditions should be fine for the match. It’s expected to be cloudy, but there’s no threat of rain, and with a high of 26°C, things should be comfortable. The average first-innings score at this venue in ODIs is around 234; there’s only ever been two scores in excess of 300 in 24 ODIs.

Yuzvendra Chahal (India): Chahal, for once, had a poor outing in Mohali. He claimed just one wicket and conceded a massive 80 runs in his 10 overs. There is talk that the Indian spinners are directionless without MS Dhoni to guide them from behind the stumps. Chahal, and Kuldeep Yadav, will be keen to prove that notion wrong. He will want to forget the debacle in Mohali and there’s no better way to do that than to put in a fine performance.

Usman Khawaja (Australia): Khawaja is finally settling into the ODI squad, after having made his debut in 2013. He has been incredible form this series: he scored 91 in Mohali to follow up his century in Ranchi. There was also a half-century in Hyderabad. India will need to be wary of him.

Close-run thriller. Australia to edge it.