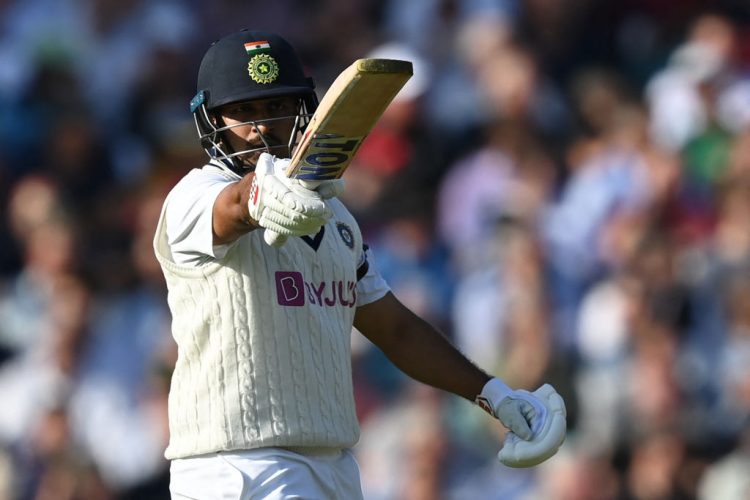 It was an eventful day 1 of the 4th Test between India and England, with plenty of assistance for the seamers as 13 wickets fell across both sides. After losing the toss and opting to bowl, England dismissed India for 191 thanks to excellent contributions from Chris Woakes (4-55) and Ollie Robinson (3-38). The Indian captain Virat Kohli was the sole contributor from the top-order with his second consecutive half-century of the series before some lusty blows from Shardul Thakur (57) helped India inch closer towards a 200-run total. The tourists also finished the day on a positive note with the key wicket of Joe Root, with England ending on 53 for 3 as they trail India by 138 runs.

Under cloudy skies at the Oval the Indian openers – KL Rahul and Rohit Sharma – batted cautiously to see off the opening spell from James Anderson, but Chris Woakes’ introduction on his return to the side got the breakthrough for the hosts. Woakes got a delivery to jump off the surface in his very first over which surprised Rohit Sharma and took the outside edge on its way to the keeper.

KL Rahul followed his opening partner soon after as Ollie Robinson got one to jag back and trap him on his back leg before James Anderson drew an edge from Pujara to leave India at 39-3. Curiously, India opted to promote Ravindra Jadeja ahead of Ajinkya Rahane at number five – presumably to create a left-hand right-hand combination. Unfortunately, that experiment failed to reap the rewards, with Jadeja departing for 10 shortly after Lunch.

The Indian captain Virat Kohli played some sublime cover drives during the afternoon to keep the scoreboard ticking but couldn’t convert his start into a big score and was once again caught behind off Ollie Robinson after reaching his half-century.

India’s troubles were compounded with Ajinkya Rahane and Rishabh Pant also heading back to the pavilion on either side of Tea with only 127 runs on the board. However, Shardul Thakur launched a stunning counter-attack to put the pressure back on the English bowlers with some phenomenal ball-striking all across the ground. Thakur scored the fastest half-century in the history of Test cricket in England and played a remarkable knock off 57 from only 36 deliveries which included seven 4s and three 6s to give India a lifeline in the game.

Thakur’s fireworks were eventually cut short by Chris Woakes, and England wrapped up the tail three balls later, restricting India to a below-par 191.

However, the tourists were buoyed by the late blows from Thakur and got off to the perfect start, with Jasprit Bumrah removing both openers in the same over. Rory Burns played one onto his stumps off a skiddy delivery from Bumrah before Haseeb Hameed wafted at a loose short delivery outside off-stump that flew to Rishabh Pant behind the stumps.

Joe Root and Dawid Malan steadied the innings with a brisk partnership, but Umesh Yadav produced a jaffa late in the day that trimmed Joe Roots’ bails for 21 to put the game in the balance with England still 138 behind.