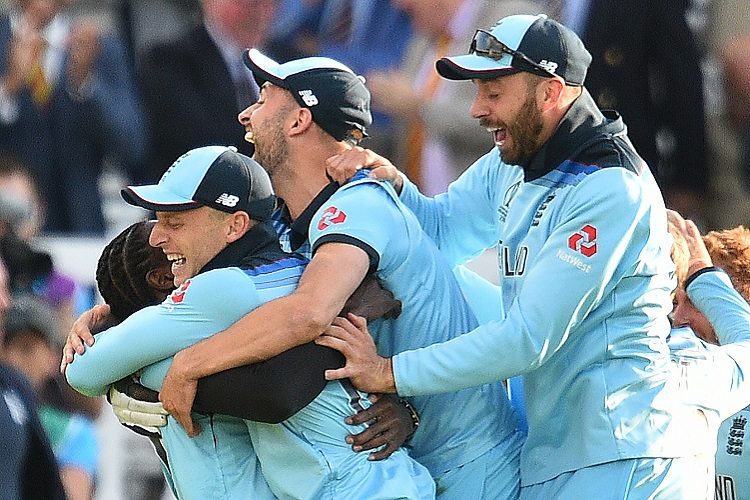 England lifted their first World Cup after somehow scraping past New Zealand by the narrowest possible margin in the most intense of finals. As for the statistics, they feature in almost every chart, including most runs and wickets.

Interestingly, the top five in batting averages do not include Englishmen. Three low-scoring knockout matches led to both Williamson and Rohit dropping below Shakib.

Maxwell finished at the top of the strike rates chart, but both Buttler and Roy made their way into the top four.

Morgan’s 17 sixes against Afghanistan kept him at top spot despite the fact that he managed only 5 more throughout the rest of the World Cup. Roy rose to fifth place.

Bairstow caught up with Rohit to share the top of the four chart. Despite missing a few matches, Roy moved to 5th place.

Rohit finished with 5 hundreds, the most by anyone in a single edition of the World Cup.

Shakib has scored the most fifties, followed by Rohit and Warner, but Roy, Root, and Stokes are all tied at 4th spot.

Archer has bowled the most dot balls in this World Cup. Boult and Ferguson finished at 2nd and 5th place respectively.

Bumrah’s 9 maidens are the most in the tournament, but Archer (8) and Woakes (6) have been phenomenal as well.

The bowling averages list is headed by Shami and Afridi, two men who should have played more matches than they did.

The most economical bowlers are probably not the high-profile names one expected to be.

Starc and Mustafizur finished with 2 five-wicket hauls each.

Starc also had most four-wicket hauls, followed by Shami.