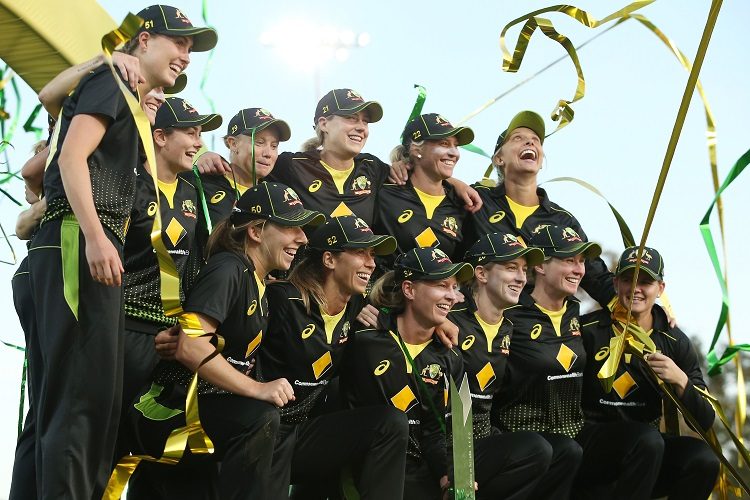 Six editions, five finals, four trophies: that, in a nutshell, has been Australia's performance at the Women's T20 World Cup. They have lost only 4 matches since the 2018 World T20, once against India and twice against England (one of them in a Super Over).

And then, there is the fact that they will be playing at home, where they have just won a tournament that also included England and India. Before that, everyone in their squad had reasonable outings in the WBBL. Really, there is little fault one can find with this line-up.

Their batting order is so strong – in both firepower and depth – that they can afford to not slow down even if they lose wickets in a heap; their reserve bowlers can run through sides; in Ellyse Perry they have arguably the greatest female cricketer ever; and the rise of Jess Jonassen and Annabel Sutherland as all-rounders has added balance to their side.

Ellyse Perry: One of the greatest cricketers of all time across genders, Perry has the most wickets in the history of the T20 World Cup, while conceding below 6 an over and striking at over 100 with bat at the same time. She will be the greatest threat to any opposition.

Megan Schutt: Schutt, the top-ranked bowler in the format, did not assume the role of a spearhead in the Tri-Nation tournament, but will play a major part at the big stage. Her pace and accuracy, combined with her many variations, will make her key to Australia's success.

Alyssa Healy: A strike rate of 129, a world record score of 148 not out, an excellent season for Sydney Sixers, and deft glovework make Healy one of Australia's most treasured cricketers. Her ability to take the match away from the opposition by the Powerplay overs makes her a constant threat.

Retain the trophy, if not then at least make it to the final.