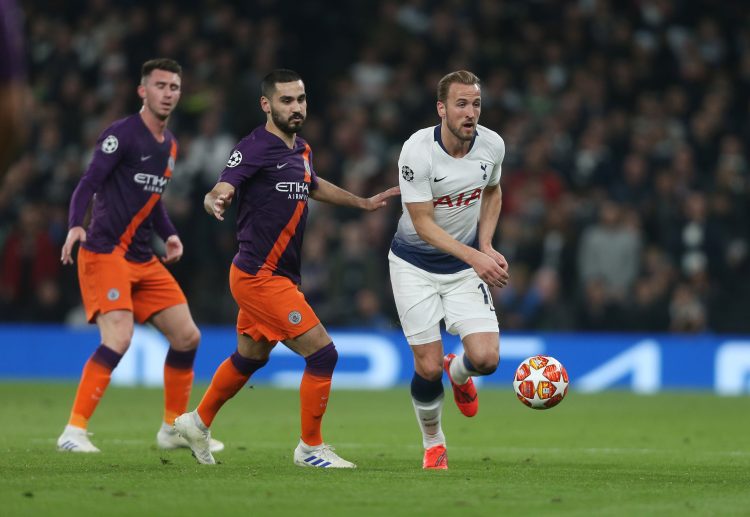 In a season of twists and turns, Tottenham and Manchester City added some more fuel to the fire in the race for the title and top four as Antonio Conte’s side snapped their three-game losing streak to hand Manchester City their first league defeat since October. After courting the English striker throughout the summer months, Harry Kane returned to haunt his long-term suitors as he produced one of the individual performances of the season and scored a stoppage-time winner to give Tottenham a stunning 3-2 victory over the champions at the Etihad.

Tottenham took the lead twice in Manchester through Dejan Kulusevski and Harry Kane, but City hit back in equal measure with Ilkay Gundogan levelling things up in the first half before Riyad Mahrez fired in a penalty in the 92nd minute to seemingly rescue a point. However, Harry Kane provided a dramatic finale to this pulsating contest, heading home from close-range in the dying embers of the game to reignite the title race.

Tottenham entered the Etihad on the back of three defeats to Chelsea, Southampton and Wolves, but Antonio Conte’s side got off to a flying start and found the back of the net inside the opening five minutes. Dropping deep into midfield, Kane cut through the City defence with a lovely through-ball to Son, who unselfishly set up Dejan Kulusevski to score on his maiden start for the club.

The early goal was a warning sign for Manchester City, but the league leaders responded impressively, testing Tottenham’s goal on multiple occasions before Ilkay Gundogan pounced on a Hugo Lloris error to level the scores at 1-1 in the 33rd minute.

City continued to knock on the door in the second half, but Spurs maintained their threat on the counter-attack and were able to re-take the lead with Kane getting on the end of Son’s cross on the hour mark. Kane found the back of the net again 15 minutes later with another lovely piece of footwork and a masterful finish past Ederson, but City were handed a reprieve as the VAR showed that Dejan Kulusevski drifted off-side in the lead up to the move.

Both goalkeepers made tremendous saves in the second half to keep their sides in the contest, but there was more drama waiting as the full-time whistle approached as City were handed a penalty in the 90th minute after Cristian Romero appeared to have handled the ball in the penalty area. Riyad Mahrez duly dispatched the pressure-penalty into the roof of the net to spare City’s blushes, but to everyone’s surprise, Tottenham hit back instantly. Dejan Kulusveski lifted the ball into the penalty area, and Harry Kane fittingly rose above Kyle Walker to nod a header past Ederson in goal and give Tottenham the victory.

With this win, Tottenham cut their deficit to Manchester United in fourth place to just four points with two games in hand, while Manchester City’s lead at the summit of the Premier League falls to just six points.