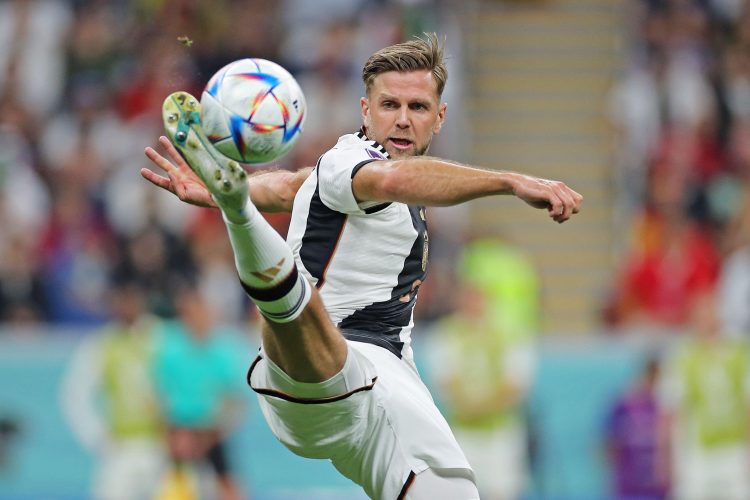 Germany kept their hopes alive at the 2022 FIFA World Cup against Spain as Niclas Fullkrug’s second-half strike rescued an invaluable point for Hansi Flick’s side in their Group E fixture at the Al Bayt stadium in Qatar. Alvaro Morata put Spain in front at the hour mark with a neat finish at the near post, but Germany rallied through Fullkrug in the final ten minutes to avoid a second consecutive defeat.

Buoyed by their incredible performance against Costa Rica in their opener, Spain came out flying out of the blocks and dominated the early stages against their continental rivals. Manuel Neuer had to bail Germany out in the seventh minute with an incredible reaction save tipped onto the bar from Dani Olmo’s stinging 20-yard strike.

Hansi Flick made two changes to the German side that suffered a shock late defeat to Japan in their previous encounter, with Nico Schlotterbeck and Kai Havertz making way for Thilo Kehrer and Leon Goretzka. The 2014 champions gradually grew into the contest as the half wore on and had their first real sighter on goal through Serge Gnabry in the 25th minute. Antonio Rudiger had the ball in the back of the net for the Germans later in the half from a Joshua Kimmich set-piece, but the header was ruled out for offside following a swift VAR check.

Rudiger had a second effort saved by Unai Simon before the half-time whistle, and the Spanish shot-stopper made another crucial intervention to deny Joshua Kimmich in the second period. Spain walked themselves into trouble while looking to build from the back, but Simon was equal to Kimmich’s side-footed effort to keep the scores level.

Luis Enrique introduced Alvaro Morata for Ferran Torres after the break, and the striker made an instant impact, scoring just eight minutes after coming on as a substitute. The Juventus forward outpaced Niklas Sule at the front post and redirected Jordi Alba’s cross with a brilliant finish using the outside of his boot.

In desperation to stay afloat in the tournament, Germany rallied after going behind. Jamal Musiala drove the side forward and missed a golden opportunity to draw Germany level, but Niclas Fullkrug made amends ten minutes later with a powerful strike into the top corner to make it 1-1.

This result leaves all possibilities open in Group E ahead of the final round of fixtures. Despite this minor blip, Spain remain the favourites to qualify as group winners with four points from two matches. Germany, though, don’t have their fate in their own hands and need to beat Costa Rica in their final fixture and rely on a Spanish victory against Japan to avoid a second consecutive World Cup group stage exit.