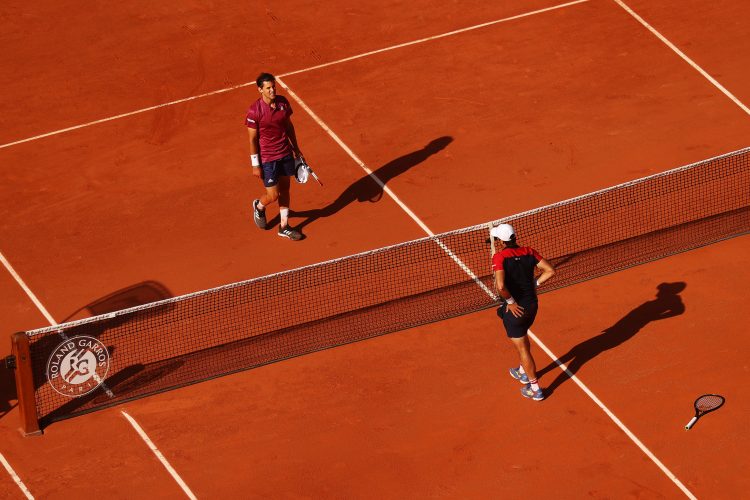 It was an entertaining first round of games at the 2021 French Open with plenty of exciting matchups and some surprise exits. Both Rafael Nadal and Novak Djokovic eased past their opponents in the first round with straight-set victories while two of the favourites to reach the semi-finals – Dominic Thiem and Andrey Rublev – crashed out at the first hurdle.

Rublev’s defeat is music to the ears of Rafael Nadal considering the Russian is the highest seed after the Spaniard in his quarter and the pair were projected to meet in the quarter-finals. However, with Nadal coming into the French Open as the number three seed, he still has a tricky route to the final with a potential matchup against his age-old rival Novak Djokovic in the semi-finals.

Roger Federer also marked his return to Paris with a victory and eased past Uzbekistan qualifier Denis Istomin 6-2 6-4 6-3 on Monday. This is only Federer’s second appearance at the French Open since 2015 and the 39-year-old will face off against former US Open winner Marin Cilic in round two.

The biggest shock of the round was Dominic Thiem’s surprise defeat against Pablo Andujar in a thrilling 5-set encounter. The two-time finalist at the French Open was up by two sets before Spain’s Pablo Andujar produced a stunning comeback to win 4-6 5-7 6-3 6-4 6-4 at Roland Garros.

“Everything was just not the real me, or the version of me who is able to play for big titles,” said Thiem after a disappointing exit to the world number 68. This defeat for the 2020 US Open Champion makes things incredibly open in the bottom half of the Men’s Singles draw with the Big Three – Rafael Nadal, Novak Djokovic and Roger Federer – all in the other half. 6th seed Alexander Zverev did well to avoid the same fate as Thiem and recovered nicely after going two sets down to beat Oscar Otte in the first round before a more comfortable second-round victory over Roman Safiullin in round two.