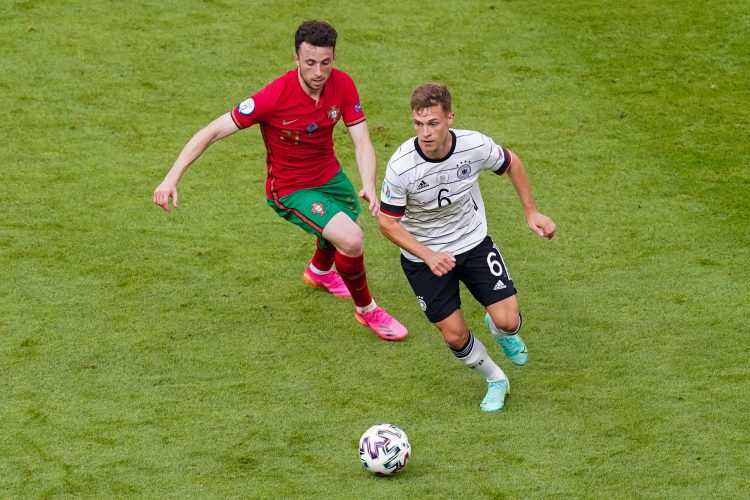 Germany bounced back in style following their defeat to France on matchday 1 and put in a complete performance to beat Cristiano Ronaldo’s Portugal 4-2 in Munich. Joachim Low’s side were under a lot of pressure coming into this fixture but produced the perfect response as they came from behind to register their first victory of Euro 2020.

Joachim Low opted to stick with the same 3-4-3 formation and starting XI that lost 1-0 to France, and the Germans dominated the opening exchanges, with Kai Havertz, in particular, drifting between the lines.

However, despite all of Germany’s possession, it was Portugal who took the lead against the run of play after a brilliantly worked counter-attacking goal. Cristiano Ronaldo headed the ball away from a German corner to set Portugal free and after some lovely interplay between Bernardo Silva and Diogo Jota, it was Ronaldo himself who finished the move with an easy tap-in to put Portugal ahead.

The Germans, however, were finally rewarded for all their possession and two-own goals in the space of four minutes from Ruben Dias and Raphael Guerreiro turned the game on its head. Left wing-back Robin Gosens was the most effective player for the Germans in the first half, continuously finding space behind Ruben Semedo on Portugal’s right-hand side.

That trend continued in the second period, with Kai Havertz adding a third just after the break. Robin Gosens was once again left unmarked and played a simple pass for Havertz who tapped it into the empty net to become Germany’s youngest goalscorer in the history of the European Championships.

Germany’s fourth goal summed up the story of the game, with both wing-backs being afforded the entire space of Munich to operate in. Joshua Kimmich drifted onto the byline before delivering an inch- perfect cross for Robin Gosens to attack at the far post and the Atalanta defender headed home to put the Germans 4-1 in front.

Diogo Jota pulled one back instantly for Portugal after some smart work from Cristiano Ronaldo, and Portugal threatened to make a comeback after Renato Sanches unleashed a ferocious strike from outside the box that hit the woodwork.

Germany eventually hung on till the full-time whistle and with this victory, it’s all to play for in Group F heading into the final matchday. France’s surprise 1-1 draw with Hungary earlier in the day blows the group of death wide open with any of the three sides capable of taking the top spot. Fortunately for Germany, their final group game takes place at home against Hungary while Portugal take on the reigning world champions in Budapest.