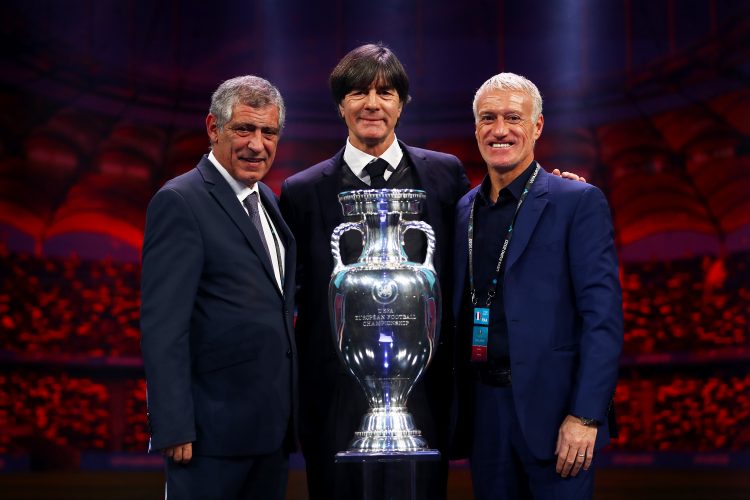 Group F has been dubbed as the group of death at Euro 2020 with three of the pre-tournament favourites – France, Portugal and Germany – battling it out against each other alongside Hungary. Both France and Portugal are ranked within the top 5 of FIFA’s world rankings and along with Germany, the three teams are major contenders to go all the way.

Germany
Germany have had a tough time in international football since their disappointing exit in the group stages of the 2018 World Cup – losing 6-0 to Spain and 2-1 to North Macedonia over the past year. While Germany are still a team transition, they boast some of the most exciting forwards in world football including the likes of Kai Havertz, Leroy Sane and Serge Gnabry.

Germany normally play with a 4-3-3, but have experimented with a 3-4-3 in recent weeks due to their lack of quality in the full-back positions. Another Achilles heel for this young German side is their slow build-up play and their inability to create enough chances since the departure of Mesut Ozil in 2018.

What does favour Germany is the fact that they will play all three of their group games in front of their home fans at the Allianz Arena in Munich and home advantage could act as a decisive factor as they look to give Joachim Low one final swansong in his last tournament with the team.

France
The reigning world champions are one of the heavy favourites to win the tournament and are bolstered by the return of Karim Benzema to the squad for the first time since 2015. France reached the finals in 2016 before losing out to Portugal and are blessed with one of the most talented squads in the tournament with unimaginable depth in every position. Didier Deschamps can call upon the likes of Mbappe, Benzema and Griezmann in attack as well as world-class players such as Kante and Pogba in midfield.

Portugal
Portugal arguably possess an even stronger squad at Euro 2020 compared to the one that won the tournament five years ago in 2016. Portugal are currently in the midst of a golden generation with players such as Bruno Fernandes, Diogo Jota, Bernardo Silva and Ruben Dias excelling in the Premier League and young talents such as Joao Felix and Renato Sanches winning league titles for Atletico Madrid and Lille respectively last season.

Add to that one of the best players in the world in Cristiano Ronaldo alongside two excellent attacking full-backs in Joao Cancelo and Raphael Guerreiro and Portugal have an excellent team that has every chance to make it back-to-back European Championships this summer.