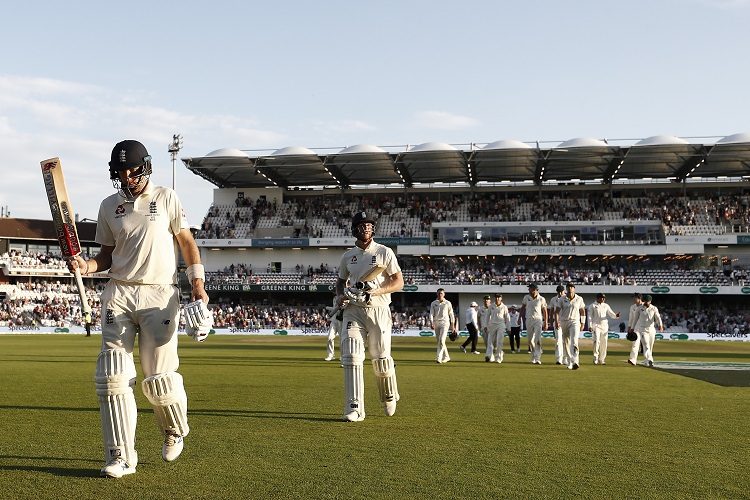 Joe Root, the England captain, played a timely knock of 75* to keep England’s dwindling Ashes hopes alive on Saturday, August 24, at Headingley. By stumps on the third day, England were 156/3 – already a fine effort, given their first-innings capitulation for 67 – but still needed another 203 runs to secure a vital victory.

That was a hugely better performance than what was expected at the beginning of the day, given how well Australia, and Marnus Labuschagne in particular, had played to boost their total. Resuming at 171/6, Australia ended up posting 246, with Labuschagne scoring a 187-ball 80, to help set England a daunting 359 runs for victory. This despite Ben Stokes doing a manful job to return 3/56.

England needed to bat out of their skins. Anything like their first innings performance would ensure an Australian victory, given England would at best then be able to level the series, and not win it back from Australia.

England suffered the most inglorious start, with Rory Burns jabbing one to first slip for 7, and Pat Cummins uprooting Jason Roy’s off-stump with a snorter. England were 15/2, and it seemed the match would be all wrapped up within three days, but with scrutiny on his captaincy and his batting, Joe Root played the innings of his life.

It was all dogged determination and fierce resistance. Root found an ably ally in Joe Denly, and the two resorted to the best traditions of Test match batting – patience and more patience. They put away the bad deliveries, weren’t afraid to take blows to the body, and their 126-run stand for the third wicket breathed new life into the England innings.

The stand was eventually broken when Hazlewood got a bit of glove from Denly on the way to the ‘keeper. He had scored a 155-ball 50, and England needed someone who could do more of the same. In walked Ben Stokes, who scored a second-innings century at Lord’s. Here, however, he was a picture of resistance – by stumps he had faced 50 deliveries, for just 2 runs.

England will need more of the same from Root and Stokes, and the rest of their batsmen. All of Jonny Bairstow, Jos Buttler and Chris Woakes too will have to bat time, bat patience, and inch England ahead. If Root and Stokes can survive the first session on the fourth day, and if the sun continues shining brightly, England can dream of chasing down the total and setting up the series.

But England will be wary of hoping too much. The fourth day should be a cracker.