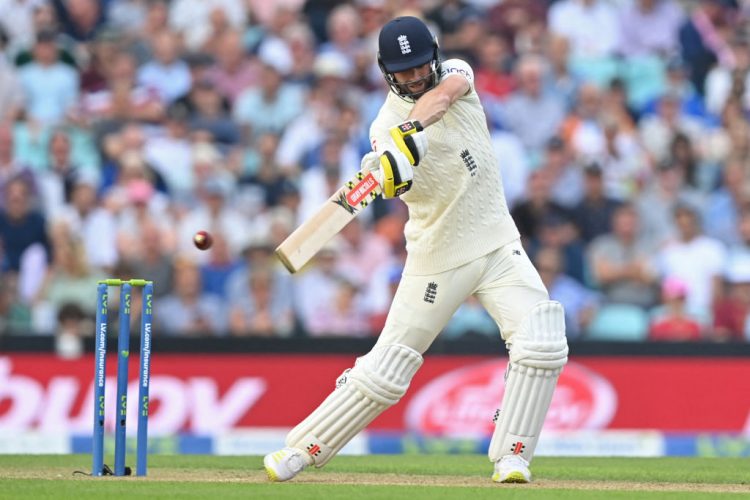 Buoyed by half-centuries from Ollie Pope and Chris Woakes, England took a 99-run first-innings lead on the second day of the fourth Test at the Oval. While the sun shined and the pitch flattened out, the hosts’ final five wickets brought an extraordinary 228 runs, with Pope top-scoring on his home ground with a well-made 81. The Indian openers managed to close out the day unscathed, with India still trailing by 56 runs heading into day three.

Despite conditions being perfect for batting, India struck twice early on in the day through Umesh Yadav. Yadav removed Joe Root late on the first evening and continued in the same vein in the morning session, removing the night watchman Craig Overton before producing an edge from Dawid Malan that flew to Rohit Sharma at second slip.

England were reeling at 62-5, but Ollie Pope and Jonny Bairstow steadied the ship and launched a counter-attack after the drinks break. Pope and Bairstow capitalised on some loose deliveries from Shardul Thakur and Mohammed Siraj as they scored seven boundaries and 28 runs in a two-over spell that put the pressure back on the Indians. Thakur and Siraj couldn’t offer the same control or consistency to Virat Kohli in the second hour of the morning, with Bairstow and Pope putting on a brisk 50-run partnership in only 56 balls.

Siraj returned with a tighter spell after Lunch and produced the key breakthrough of Jonny Bairstow against the run of play with an excellent delivery that jagged back and trapped him on the pads for 37. Unfortunately for India, the runs continued to flow as the pitch offered very little to the seamers, with Moeen Ali stitching another partnership with Ollie Pope to take England into the lead.

England were in danger of running away with the game at this stage, but the tourists were handed a lifeline when Moeen Ali mistimed a lofted slog off Ravindra Jadeja before Ollie Pope dragged a wide delivery from Shardul Thakur back onto his stumps for 81.

Jadeja cleaned up Ollie Robinson to take his second wicket of the innings and leave England nine down, but Chris Woakes farmed the strike alongside Jimmy Anderson and frustrated the Indians with some crucial runs down the order.

Following his four-fer on day one, Woakes added a half-century on day two as he shared a 35-run partnership with Anderson to extend England’s lead to 99 before being run out.

India started tentatively against the new ball, and Rohit Sharma was lucky to still be at the crease after Rory Burns failed to pick up the ball at second slip after Anderson found the edge. However, apart from that missed opportunity, England struggled to create many chances as the game firmly hangs in the balance with India finishing at 43-0 at stumps.