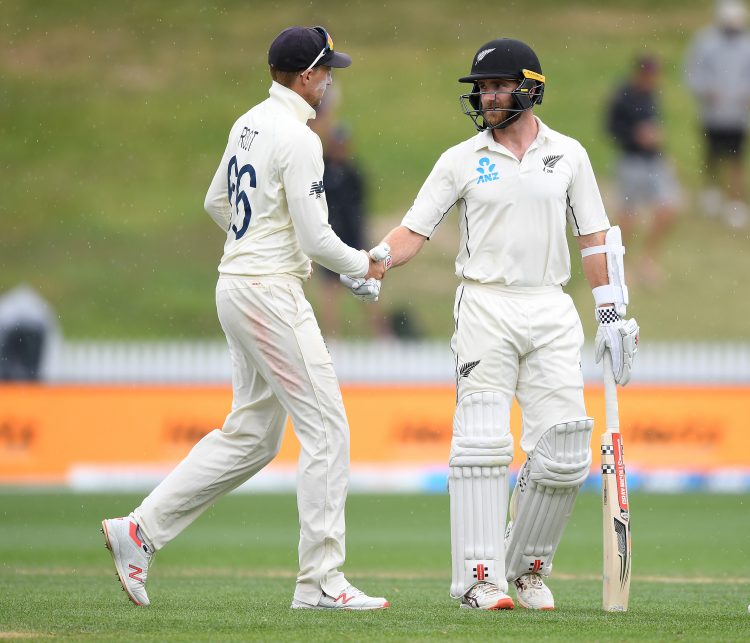 The first test between England and New Zealand ended with a whimper on day five on a docile Lord’s pitch which offered very little to the bowlers in terms of lateral movement and was also tough to score on.

New Zealand started the day with some excitement in the search for quick runs with nightwatchman Neil Wagner and Ross Taylor hitting a few lusty blows to the boundary in the opening session. New Zealand lost four quick wickets in the opening session on day 5 but crucially, were able to build their lead to 273 before the rain called for an early lunch.

Kane Williamson opted to declare during the lunch break, dangling the carrot to England in the hopes of securing a historic win for New Zealand. With only 273 runs to win, England would require to score at a run-rate of 3.64 in the remaining 75 overs to win the match – a feat not outside the realms of possibility.

England however, failed to capitalise on this opportunity and were content with the draw as they shut up shop and played out the remaining overs with very little desire to score. Rory Burns and Dom Sibley did well to see off the new ball but only 56 runs were scored off 30 overs in the afternoon session which signalled England’s intent.

There was a slight wobble from England with two quick wickets before Tea but the 80-run partnership between Joe Root and Dom Sibley ensured that a draw would be the only outcome.

While England’s decision to play for the draw has been criticised by many, their ability to prevent defeat against the 2nd best side in the world could be seen as a positive. Run-scoring has been difficult throughout this test match even when the pitch was at its flattest and chasing 273 was always going to be a tall order on the final day. This was also an England team short on confidence after their comprehensive defeat in India and lacked some key names in the middle order– Ben Stokes, Jonny Bairstow and Jos Buttler – that provide dynamism to the batting order.

“We wanted to lay ourselves a foundation but, once we got through the initial phase, it just didn’t feel like there was a realistic opportunity for us to win the game. So it was about using it as an opportunity to be a bit more disciplined as a batting group,” admitted Joe Root following the close of play.

Nevertheless, while England’s lack of intent on day five might be a sign of where they are as a test side at the moment, their efforts ensured that they could still win the series with a more well-rounded performance in Edgbaston in a few days.