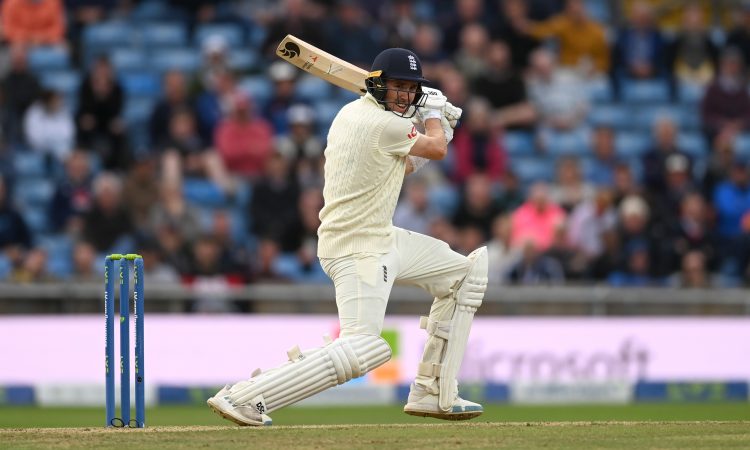 England piled on the pressure on Day 2 of the 3rd Test as they consolidated their position with the bat to finish with a 345-run first-innings lead. Led by an excellent century from Joe Root – who became the 1st batter to score three consecutive tons twice in a year – and half-centuries from the top three, the hosts put India through the wringer on Day 2 in flat batting conditions at Headingley to finish on 423 for 8 with Craig Overton and Ollie Robinson still at the crease.

After being dismissed for 78 on Day 1, the nightmare continued for India at Leeds as the seamers received very little assistance from the pitch while Ravindra Jadeja was largely ineffective for large parts of the day. To make matters worse, there was considerable spin on offer as the pitch dried out, which left Virat Kohli rueing his decision not to select Ravichandran Ashwin in the XI for this Test.

India fought valiantly in the morning session after removing both openers and conceding only 62 runs, but any hope of an England collapse was extinguished when Joe Root walked to the crease. The England captain has been in the form of his life in this series and continued that momentum at his home ground while also receiving some excellent support from Dawid Malan – who returned to Test cricket after a 3-year absence. Root was extremely busy at the crease to start the innings and raced to his half-century off only 57 balls.

India were hoping to create some breakthroughs with the 2nd new ball, but the harder ball only accelerated England’s scoring rate as Malan and Root scored a massive 56 runs in the first ten overs with the fresh cherry. The hosts scored 116 runs in 26 overs in the afternoon session, with India finally breaking the 139-run partnership on the final ball before Tea as Malan edged a delivery down the leg-side.

However, India still had no answers against Joe Root, who creamed Ishant Sharma down the ground to reach his 6th Test century of 2021 and 3rd of this series as England’s lead continued to grow with the English captain in the middle. Root’s resistance eventually ended after a peach of a delivery from Jasprit Bumrah that swung late to remove his off-stump.

Despite conceding 125 runs in the final session, the Indian bowlers finally reaped some rewards after all the hard yards and picked up five wickets to limit some of the damage caused by the English top order. Mohammad Shami removed both and Jonny Bairstow and Jos Buttler in quick succession, while Moeen Ali and Sam Curran both perished late in the day in the quest for quick runs.

Nevertheless, England finished the day with a commanding 345-run lead in the first innings and are seemingly now only 10 wickets away from levelling the series.