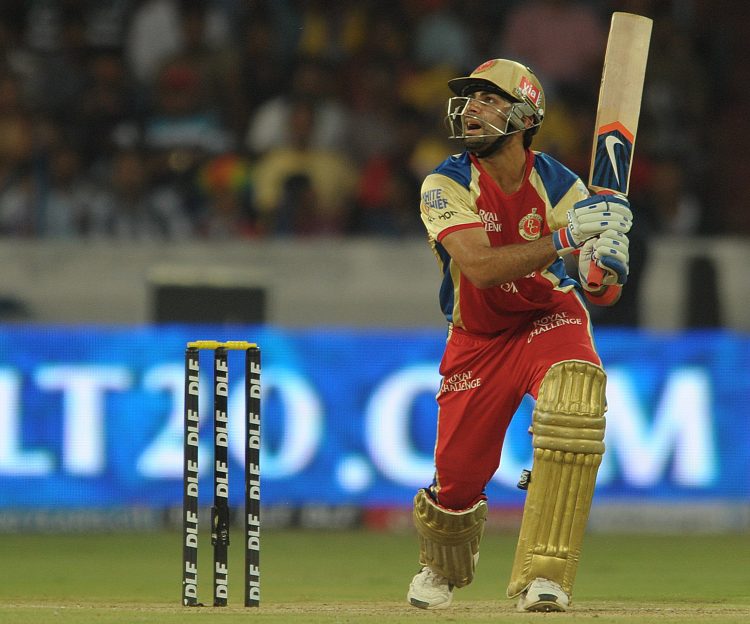 The Royal Challengers Bangalore have beaten the Rajasthan Royals by 10 wickets on the back of one of the most elegant centuries in IPL history by Devdutt Padikkal at the Wankhede Stadium in Mumbai. Padikkal hit eleven 4s and six 6s in his knock of 101* and demoralised the Rajasthan bowling attack with his stylish stroke play. Padikkal along with Kohli shared a partnership of 181 runs and the Royal Challengers Bangalore were able to chase down their target with ease having not lost a single wicket.

What was so impressive about Padikkal in this innings was his strike rate. Despite scoring nearly 500 runs last season in the UAE, Padikkal batted with a strike rate of only 124 in IPL 2020 and struggled to score quickly from the outset. Nevertheless, following his record-breaking Vijay Hazare tournament this year the 20-year-old has already improved that area of his game and was striking at nearly 200 in this innings.

Padikkal took the attack to the bowlers from the outset and raced to his half-century from only 27 deliveries. The Bangalore opener was equally comfortable against both spinners and the pacers and eventually got to his century off 51 balls to become only the third uncapped Indian to score a ton in the IPL after Paul Valthaty and Manish Pandey.

For a change, Virat Kohli played second fiddle to his batting partner for most of the innings and was happy to rotate the strike and allow Padikkal to express himself. In fact, Virat had only scored 25 runs out of their opening century partnership before eventually shifting the gears to end up with a well compiled 72 off 47 deliveries.

The Royal Challengers Bangalore have now won four out of four games in the competition and are sitting pretty at the top of the table. Glenn Maxwell has added more depth to the batting unit while the likes of Mohammed Siraj, Kyle Jamieson and Harshal Patel have performed incredibly with the ball so far and have made RCB look like a complete unit.

Rajasthan Royals on the other hand are lingering at the bottom of the table and were comfortably beaten on the night by Kohli’s men. The Royals are missing their key players such as Stokes and Archer who are injured but more crucially their other overseas signings such as Chris Morris, Jos Buttler and David Miller have not performed as of yet leaving too much weight to be pulled by the young domestic players.