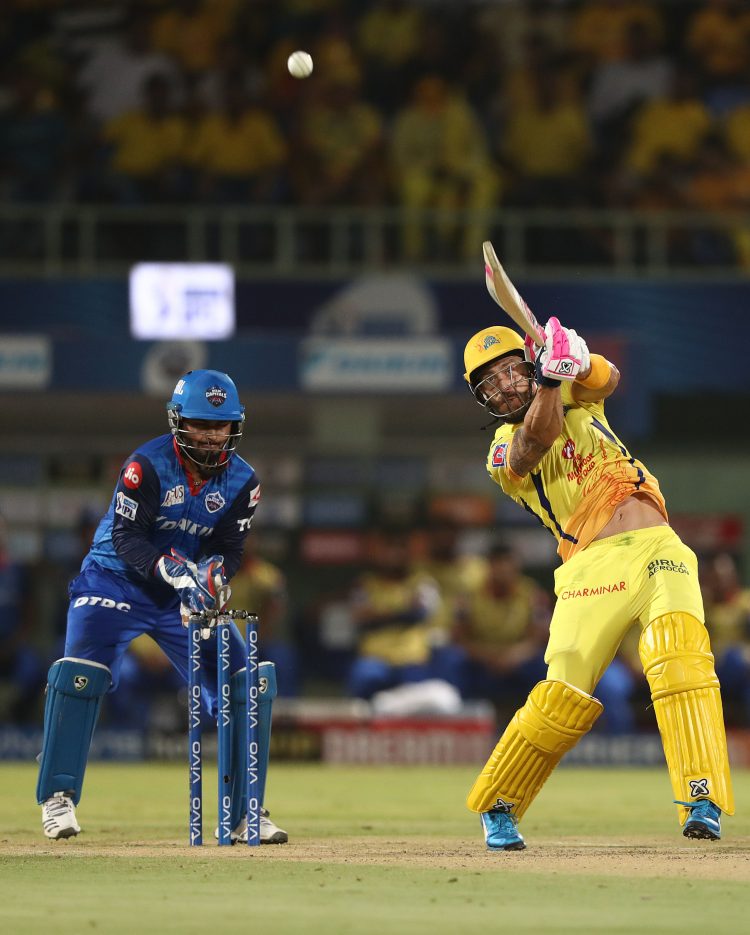 The Delhi Capitals have virtually guaranteed themselves a top-two finish for the second consecutive season after trouncing MS Dhoni’s CSK in the clash between the two table toppers in Dubai. Despite suffering a mid-innings collapse, the Capitals eventually crossed over the line in 19.4 overs thanks to an excellent 18-ball 28 from Shimron Hetmyer at the death.

With the ball, Delhi restricted this season’s most dangerous batting line-up to a paltry 136 – largely due to an excellent middle-overs stranglehold from their spinners Axar Patel and Ravichandran Ashwin.

The Chennai openers have been the bedrock behind their success this season, but du Plessis and Gaikwad were both removed inside the powerplay for the first time in the UAE. The South African holed out to deep mid-wicket off Axar Patel in the 3rd over before Anrich Nortje troubled Gaikwad with a steep bouncer that ballooned to mid-wicket.

The two Delhi spinners got to work in the middle overs and made further inroads into the deep Chennai batting line-up as Axar removed Moeen Ali before Ravichandran Ashwin outfoxed Robin Uthappa on his CSK debut with a carrom ball.

This mini-collapse brought Ambati Rayudu and MS Dhoni to the crease at 65-4, and the pair had contrasting fortunes with Rayudu forced to be the aggressor while the veteran MS Dhoni struggled for his timing. Dhoni was eventually dismissed in the final over of the innings after making his lowest IPL score when he played 25 balls or more, and CSK only hit five boundaries in the final 10 overs – all of which came from the bat of Rayudu – as they stumbled to a below-par 136.

In their run-chase, the Capitals lost both Prithvi Shaw and Shreyas Iyer inside the powerplay. However, between those two dismissals, Shikhar Dhawan carted Deepak Chahar for 21 runs in the 5th over of the innings to take the equation to less than run a ball.

However, a combination of the slow-paced pitch and the early breakthroughs forced Delhi back with the Chennai spinners – Moeen Ali and Ravindra Jadeja – applying the brakes to the scoring rate. Jadeja also removed the birthday boy Rishabh Pant and debutant Ripal Patel in his spell, and Delhi’s problems compounded after Shardul Thakur struck twice in an over and removed the set batter Shikhar Dhawan to blow the game wide open.

Thakur finished with an excellent spell of 2-13 from his four overs, but Chennai couldn’t see out the victory at the death as Shimron Hetmyer arrived at the Capitals rescue and guided them home. Hetmyer carted his West Indian team-mate Dwayne Bravo for two boundaries in the 18th over before clobbering a massive six off Josh Hazelwood in the penultimate over, which eventually sealed the victory and the top spot in the points table for Rishabh Pant’s side.