De Kock half-century helps Mumbai get back to winning ways

De Kock half-century helps Mumbai get back to winning ways 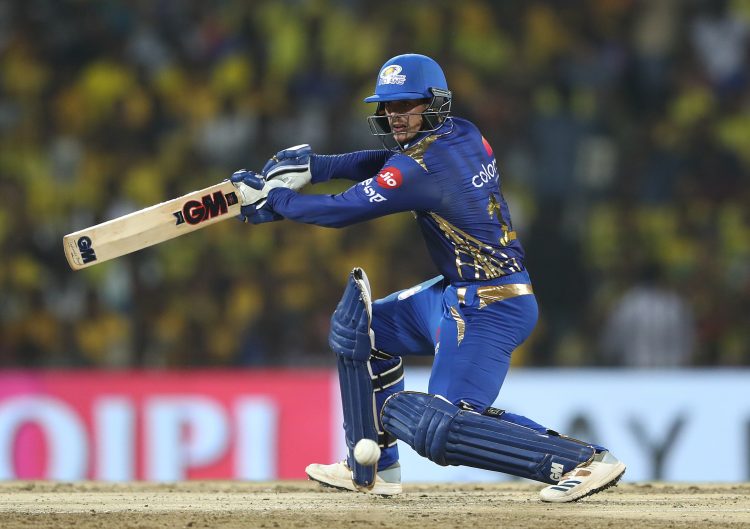 After two consecutive defeats, the Mumbai Indians are back to winning ways in the Indian Premier League after their comfortable victory over the Rajasthan Royals in Delhi. For the second game in a row in Delhi, the team batting first have misread the pitch and ended up with 10-15 runs short of a par score. The Royals were set up well for a total above 180 but some brilliant death bowling from Mumbai restricted the Men in Pink to 171. This proved to be a straightforward chase for MI with Quinton De Kock scoring a crucial half-century and getting back into form following a lean patch to start the season.

After being put in to bat, the Rajasthan openers and Jos Buttler, in particular, got off to a cautious start as they looked to play out the opening spells from Trent Boult and Jasprit Bumrah. The Englishman eventually got into his groove after Rohit Sharma introduced the off-spinner Jayant Yadav into the attack who Buttler struck for three boundaries within his first two overs.

Buttler and Jaiswal continued to be aggressive against the spinners but were both dismissed by Rahul Chahar who deceived them with lovely use of flight. At 91-2 after 10 overs, Rajasthan were well set for a big score but Mumbai pulled things back excellently in the second half. Shivam Dube scored a laboured 35 off 31 deliveries and Jasprit Bumrah conceded only 9 runs off his two overs in the death to restrict the Royals to 171.

The Mumbai Indians eventually chased this target down with relative ease with Quinton De Kock batting through the innings to score a vital 70* off 50 balls. Before this innings, the South African captain struggled with the bat in Chennai and scored only 47 runs in four matches. Nevertheless, De Kock was back to his best against Rajasthan and played some beautiful shots all across the ground to help Mumbai win their 3rd match of the season.  This was a crucial victory for the defending champions and they will be pleased to finally leave the Chennai leg of the season behind them. Mumbai lost 3 out of their 5 games in tricky at the Chepauk that didn’t suit the makeup of their side and the boys from Bollywood looked much more comfortable on the batter friendly surface they received in Delhi. Despite this victory, Mumbai are still four points behind league leaders Chennai and Bangalore and will have to continue this momentum throughout the rest of the league season if they wish to qualify as one of the top two.