Cummins take five as Australia bowl England out for 147

Cummins take five as Australia bowl England out for 147 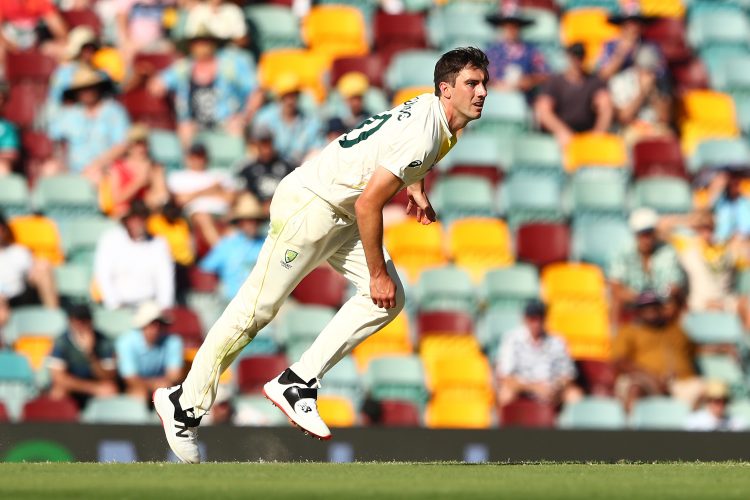 Australia couldn’t have asked for a better way to begin the Ashes in Brisbane as the hosts rolled England for just 147 in the first innings. Pat Cummins enjoyed the dream start to his captaincy career, finishing with figures of 5 for 38 after Joe Root had won the toss and opted to bat first on a green deck.

Mitchell Starc set the tone for the day – and potentially the entire Ashes summer – by uprooting Rory Burns off the very first ball of the series. The English opener shuffled way outside off stump and missed a thunderbolt from Starc that swung round his legs and crashed into his leg stump.

It was the first time since 1936 that a wicket fell off the first ball of an Ashes series and England never recovered from that early setback. Josh Hazlewood wreaked havoc in the opening session with his metronomic line and length, conceding just three runs in his first seven overs of the day to go along with two wickets. Hazlewood found the edge of Dawid Malan with a delivery that angled across him before removing Joe Root for a duck with the perfect set-up. The pacer got one to tail back into the England captain before removing the number one ranked Test batter with a delivery that seamed after pitching and tickled the outside edge on its way to first slip.

Ben Stokes played a couple of booming drives on his comeback to the side, but Pat Cummins squared up the Englishman with a back of a length delivery that flew to Labuschagne at third slip, leaving England in tatters at 29 for 4.

Haseeb Hameed and Ollie Pope temporarily weathered the storm for the visitors, before Jos Buttler launched a brief counter-attack in the afternoon session, creaming the pacers through the off-side to share a half-century partnership with Pope.

However, Starc returned to dismiss Buttler with an excellent delivery that shaped away after pitching, nicking Buttler off to the keeper for a well-made 39. Buttler’s wicket opened the floodgates for Australia, with Ollie Pope gifting Cameron Green his maiden Test wicket with a reckless hook shot that was superbly caught by Josh Hazlewood at deep fine leg.

Pat Cummins ran through the rest of the English tail, taking the last three wickets off the innings to become the first Australian captain since Richie Benaud in 1962 to pick up a five-wicket haul in an Ashes Test. To make matters worse for the visitors, the thunderclouds arrived in the final session, denying England a chance to make amends for their horror start to the series with the ball.