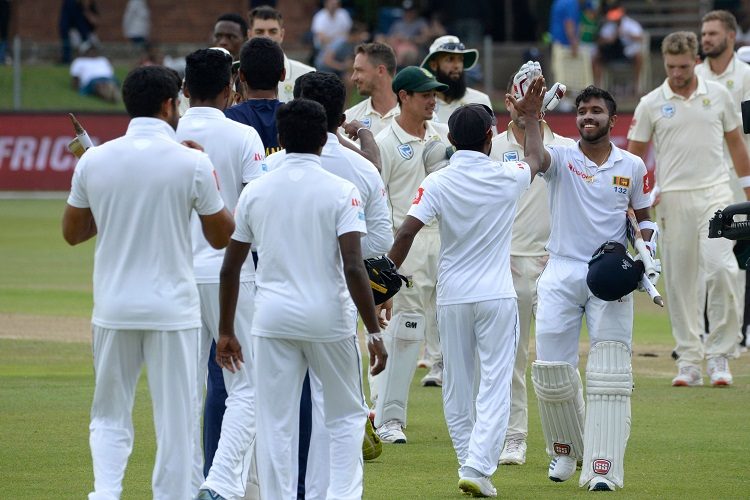 Sri Lanka became the first Asian nation (and the third team overall) to win a Test series on South African soil. After winning a thriller at Kingsmead, Durban by 1 wicket, they strolled to an 8-wicket victory in the decider, at St George's Park, Port Elizabeth.

In other news, Virat Kohli has let know of his wariness before the World Cup, and Quetta Gladiators and Islamabad United notched up wins in two PSL matches of near-identical scorelines.

Sri Lanka were slightly in advantage when they finished Day Two of the Port Elizabeth Test. Chasing 197, they were 60/2. On the third morning, Oshada Fernando (75 not out) and Kusal Mendis (84 not out) ensured there were no hiccups. They took less than 30 overs to secure the required runs.

Sri Lanka became the third team, after England and Australia, to win a Test series on South African soil. Since their readmission to Test cricket in 1992-93, this was the second time South Africa finished a home series without a win.

Afghanistan took an unassailable 2-0 lead in the 3-T20I series against Ireland, at Dehradun, but the series win almost paled into insignificance when compared to the records they set.

Kohli "wary of the bad habits"

In the pre-series post-conference, Virat Kohli admitted to being wary of "the bad habits that might creep in during the IPL". He mentioned how keen he was on having a team of 15 confident members for the World Cup, and how a "consistent effort" during the IPL is necessary for that.

Kohli also let know that "more ODIs ahead of the World Cup would have been logical", while pointing out how contemporary tour structures leave the organisers with little option.

Lahore Qalandars and Karachi Kings both scored 143, batting first, in the two PSL matches at Sharjah - and both lost.

Qalandar put up 143/7 thanks to AB de Villiers's unbeaten 45. De Villiers shepherded the team despite receiving little support from the other end. Ghulam Mudassar picked up 3/21.

Ahsan Ali provided Quetta Gladiators with a brisk start before they started losing wickets. Having to defend 7 off the final over, David Wiese conceded only 5 off the first 5 balls before Sarfraz Ahmed (52 not out in 36) lofted him into the stands over long-on.