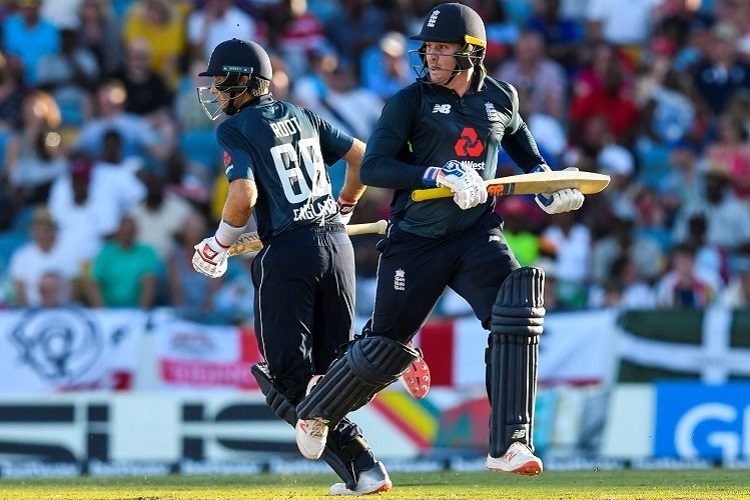 Chris Gayle hit 12 sixes in his 129-ball 135, helping West Indies post a record 360/8 in 50 overs. However, Jason Roy and Joe Root responded with hundreds to steer England home with 8 balls to spare and go 1-0 up in the series.

In other news, Harmanpreet Kaur has been ruled out India Women’s upcoming ODIs against England Women; Oman avenged their humiliating defeat against Scotland; PSL found a new broadcast partner; and Hrithik Shokeen put India Under-19s on top on Day One of the first Youth Test against South Africa Under-19s.

Chris Gayle hit 12 sixes – the most by anyone in an ODI on West Indian soil – in en route an innings of 135 on his first ODI in six months, against England at Kensington Oval, Bridgetown, Barbados. Shai Hope supported him with 64 and Darren Bravo with a breezy 40, and West Indies posted 360/8 – their highest total on home soil.

England had never chased more than 307 away from home, but they made this chase look ridiculously easy. In fact, this was their highest chase anywhere, home or away.

No Harman for England ODIs

An injured ankle has ruled India Women vice-captain Harmanpreet Kaur out of the upcoming ODIs against England Women. She has been replaced by uncapped Himachal Pradesh all-rounder Harleen Deol.

There has been no update on Harmanpreet’s availability for the T20Is that would follow the ODIs. If she does not play, Smriti Mandhana will step in as captain.

Revenge of the Omanis

On Tuesday, Oman had been skittled out for 24 – the fourth-lowest List A total of all time – by Scotland. They avenged that on Wednesday with an emphatic 93-run win at Al Amerat.

Asked to bat first, Oman put up 248/8 thanks to Mohammad Nadeem and Khurram Nawaz, who scored 64 apiece. In response, Scotland were bowled out for only 155 in 40 overs, with none of their batsmen reaching 40. Badal Singh starred with 3/25, while Nadeem (3/38) helped round off the tail.

Blitz and Trans tie up with PSL

IMG-Reliance had pulled out of PSL 2019 broadcast contracts on February 17. Two days after that, PSL signed a deal with Blitz and Trans. The new broadcasters will begin their coverage from February 20.

Off-spinner Hrithik Shokeen took 4/50 to put India Under-19s ahead on Day One of the first Youth Test against South Africa Under-19s, at Thiruvananthapuram.

Batting first, South Africa Under-19s were bowled out for 197 despite fifties from captain Matthew Montgomery and Bryce Parsons. Anshul Kamboj had struck twice with the new ball, while Sabir Khan took two more later in the innings.

In response, India Under-19s were 95/3 at stumps. Opener Divyaansh Saxena is at the crease, on 44.

The second Test of the series will also be played at Thiruvananthapuram, from February 26.