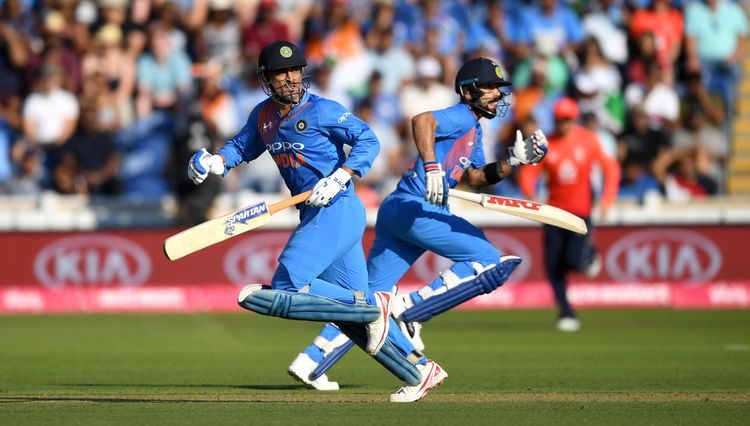 The BCCI announced the fixtures for the first two weeks of the next edition of the Indian Premier League, and there’s a blockbuster to start everything off – Royal Challengers Bangalore will travel to Chennai Super Kings.

Elsewhere, Ross Taylor became the leading run-scorer for New Zealand on Wednesday. He scored 69 in the third ODI in Bangladesh to surpass Stephen Fleming, thus contributing towards New Zealand’s ODI whitewash over Bangladesh.

Among other news, Vernon Philander has been ruled out of the second Test against Sri Lanka and the ICC are ‘monitoring’ the situation surrounding the India-Pakistan fixture at the World Cup.

Taylor brought up another half-century during the third ODI in Dunedin against Bangladesh, and that meant he became the highest run-scorer for New Zealand in the format.

He surpassed Stephen Fleming’s tally of 8,007 runs when he scored an 82-ball 69, a knock comprising seven fours that helped New Zealand rack up 330/6 in the first innings.

He also crossed the 8,000-run mark during the innings, and in doing so became the fourth-fastest player to the mark after Virat Kohli, AB de Villiers and Sourav Ganguly.

Taylor now has more ODI centuries and half-centuries than any other New Zealand batsman in the format.

Tim Southee took 3 wickets with his first 7 balls when Bangladesh began their chase, effectively settling the match. Sabbir Rahman scored his maiden hundred and was supported by cameos from Mohammad Saifuddin and Mehidy Hasan Miraz, but it was never going to be enough. New Zealand won by 88 runs to complete a 3-0 rout.

Southee rounded things off with three more wickets, but he went for runs as the Bangladeshis went for everything towards the end. He conceded 65, the most by anyone to have taken a six-wicket haul in an ODI. The previous record was 59, shared by Waqar Younis and Ashish Nehra.

The 12th edition of the Indian Premier League will begin on March 23 with Virat Kohli’s Royal Challengers Bangalore making the short trip to Chennai to take on MS Dhoni’s Chennai Super Kings.

The BCCI announced the schedule for the first two weeks of the competition – subject to change once the dates are in for India’s general elections – and in this period, there will be 17 matches played in all.

Bangalore and Delhi Capitals will play five matches each, while the other teams will be involved in four games each. The double-headers will be played only over weekends, as in the last edition.

The full schedule will be released once the dates for the general elections are revealed.

No Philander for second Test

South Africa will be without Vernon Philander for the second Test against Sri Lanka, with the hamstring injury that side-lined him for the second innings in Durban proving more serious than initially thought – he could be out for nearly two weeks.

South Africa suffered without Philander in the second innings in Durban, when Kusal Perera’s epic 153 guided the visitors to a 1-0 win – it was an innings that prompted much talk of being the greatest ever in Tests.

South Africa, however, might look for a left-field solution in the second and final Test at Port Elizabeth – 21-year-old uncapped Wiaan Mulder. The medium-pacer has 60 first-class wickets in 20 matches, and he is a like-for-like replacement for Philander.

There have been plenty of calls for India to boycott the World Cup 2019 match against Pakistan, following tensions in Kashmir following the terror attack in Pulwama, but the ICC are confident the match will go ahead, according to a report in ESPNCricinfo.

The fixture is easily ICC’s biggest draw for the World Cup – reports suggests tickets for the match is in higher demand the final of the tournament itself – and the ICC will hope the match goes ahead.

Dave Richardson, the ICC’s chief executive, said there was nothing from either the BCCI or the PCB to suggest the match will need to be called off. “We are monitoring the situation with our members including the BCCI and PCB,” Richardson was quoted as saying in the report.

“Certainly there are no indications any of the matches, including the Pakistan-India match, will not be played as planned at the World Cup. But as I say we will continue to monitor the situation.”