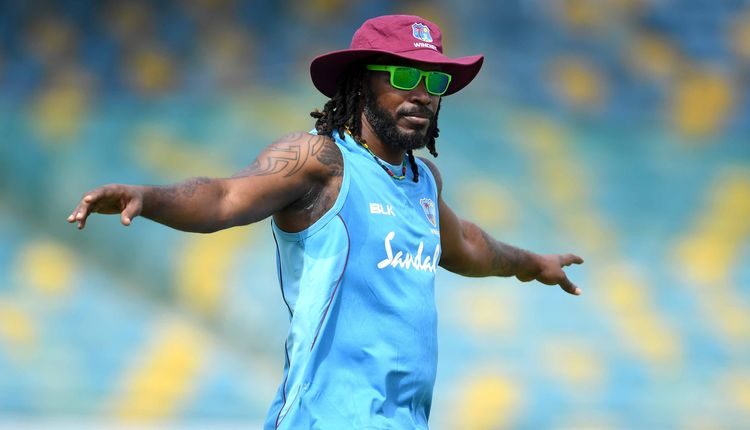 Chris Gayle has announced that he will retire from ODIs after the upcoming 2019 World Cup, to be played in the United Kingdom. Ahead of the World Cup, Gayle will also feature in West Indies’ home series against England.

Elsewhere, ICC has cleared Akila Dananjaya’s bowling action; a dramatic last day saw Scotland clinch the Oman T20 Quadrangular; South Africa Women completed their whitewash over Sri Lanka Women; the Bangladesh camp in New Zealand has been hit by multiple injuries; Aaron Finch has been reprimanded for losing his cool during the BBL final; and Oman were bowled out for 24 against Scotland.

No more ODIs for Universe Boss

Chris Gayle will not feature in ODIs after the upcoming World Cup, in the UK. In a stellar career spanning 284 ODIs, Gayle has scored 9,727 runs and taken 165 wickets. If he gets those 273 runs he will become only the second West Indian (after Brian Lara) to score 10,000 ODI runs, and the fourth cricketer in ODI history to do the 10,000 run-150 wicket double.

Gayle has not played 50-over cricket since July, but that has hardly dented his confidence. He was at his best in the press conference, addressing himself as “the greatest player in the world” – and his preferred moniker, “Universe Boss”.

Gayle will continue to play T20s, especially in franchise-based tournaments across the world, where his batting aggregates are head and shoulders above anyone else’s.

Sri Lanka have recalled Akila Dananjaya to their ODI squad for the series in South Africa immediately after his remodelled action was cleared by ICC. Dananjaya was banned from bowling since December.

Sri Lanka have also picked the uncapped pair of Oshada Fernando (whose only international appearance has been the cliff-hanger of a Test at Durban last week) and ambidextrous spinner Kamindu Mendis (who has played a T20I), and recalled Angelo Perera after almost two and a half years.

Netherlands had two wins and Ireland and Scotland one apiece when the last day’s play began in the Oman Quadrangular T20I tournament. Netherlands had won their last five T20Is against Ireland, and almost had their hand on the trophy when Paul van Meekeren had to defend six off the last ball, but Stuart Poynter managed to clear the ropes.

Scotland, well ahead of Ireland and Netherlands on net run rate, duly clinched the trophy with a seven-wicket win over Oman.

A few hours after winning the title, Scotland bowled out Oman for the fourth-lowest total in the history of List A cricket. Put into bat, Oman were bowled out for 24 in 17.1 overs. Khawar Ali scored 15 out of these. The wickets were shared by Ruaidhri Smith (4/7), Adrian Neill (4/7), and Alasdair Evans (2/10). Scotland chased down the target in 3.2 overs without losing a wicket.

The lowest team total in List A cricket remains 18, by West Indies Under-19s against Barbados in 2007-08. This is followed by 19 (Saracens Cricket Club against Colombo Colts) and 23 (Middlesex against Yorkshire).

Aaron Finch was run out at the non-striker’s end when a straight drive from Cameron White hit bowler Jackson Bird’s boot and then the stumps. While passing through the tunnel en route the pavilion, Finch hit a plastic chair twice with his bat. The act was caught by the television cameras. Finch was reprimanded for equipment abuse but there was no other penalty.

However, Finch will lead Australia in the T20Is in India, starting February 23.

Mohammad Mithun had top-scored with 62 and 57 in the first two ODIs in New Zealand. Unfortunately, he could prevent Bangladesh from sinking without a trace in both matches. To make things worse, Mithun will miss the “dead rubber” third ODI at Dunedin. Mushfiqur Rahim, too, is uncertain due to a rib injury.

South Africa Women completed their double whitewash of Sri Lanka Women. After winning the T20Is 3-0, they pulled off an encore in the ODIs.

Batting first, Sri Lanka Women lost captain and star batter Chamari Atapattu for a golden duck. They never recovered from there, and were bowled out for 139. Sune Luus picked up 4/30. Mignon du Preez (61 not out) then guided South Africa to a six-wicket win.