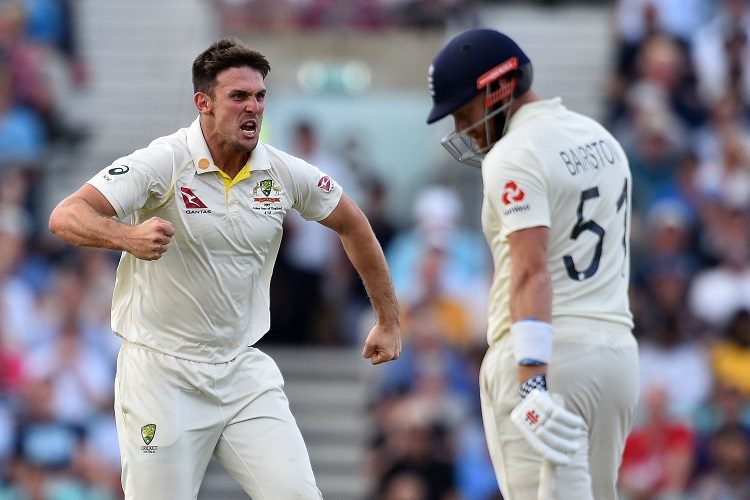 Mitchell Marsh returned 4/35 to help Australia reduced England to 271/8 on the first day of the final Ashes Test. Elsewhere, Shubman Gill has made his step up to the Test squad after receiving his maiden call-up, and Anshuman Rath has moved to India in hopes of breaking into the Test squad one day.

Marsh stars as Australia keep England below 300 on Day 1

Australia had a weird day in the middle. After opting to bowl on a pitch made for batting, dropping numerous chances in the field, and making uncharacteristic mistakes, they still managed to reduce England to 271/8.

Mitchell Marsh was a big reason for that. Having run drinks throughout the series, Marsh got his chance for the final Test, and he came good, returning 4/35 to stifle the hosts.

That said, the hosts themselves had encouraging signs – Rory Burns once again showed tenacity as an opener, Joe Root scored yet another half-century, and Jos Buttler, unbeaten on 64*, is still in the middle, raising England’s hopes.

At stumps, Buttler was partnered by Jack Leach, who once again had impressed with the bat during his 31-ball 10*.

In doing so, KL Rahul was dropped from the side, and with Rohit Sharma continuing to be included, it seems likely that the Mumbai batsman will open alongside Mayank Agarwal against South Africa.

Those were the only changes in the side. Jasprit Bumrah continues to lead the attack, all off Ravindra Jadeja, R Ashwin and Kuldeep Yadav were included, and both Rishabh Pant and Wriddhiman Saha will tussle for the ‘keeper’s spot.

"After reviewing my past couple of years' performances in red-ball cricket and the upcoming limited-overs cricket, I have decided to take time off from first-class cricket," Wahab said. "During this period, I will like to focus on 50-over and 20-over cricket, and continue to access my fitness for the longer version of the game.

“At a stage I feel I cannot only return but also perform with the red-ball, I would make myself available.”

Anshuman Rath, the former Hong Kong captain, has decided to India, and focus on playing cricket in the country, with the dream of “one day play Test cricket”.

Rath was set to represent Hong Kong in the upcoming ICC T20 World Cup 2020 qualifiers, but according to ESPNCricifno, he will now move to Mumbai and look to break into India’s first-class system.

His father, who is from Bhubaneshwar, and acts as his agent, has held talks with associations, with Rath particularly keen on representing Vidarbha, the two-time Ranji Trophy winners.