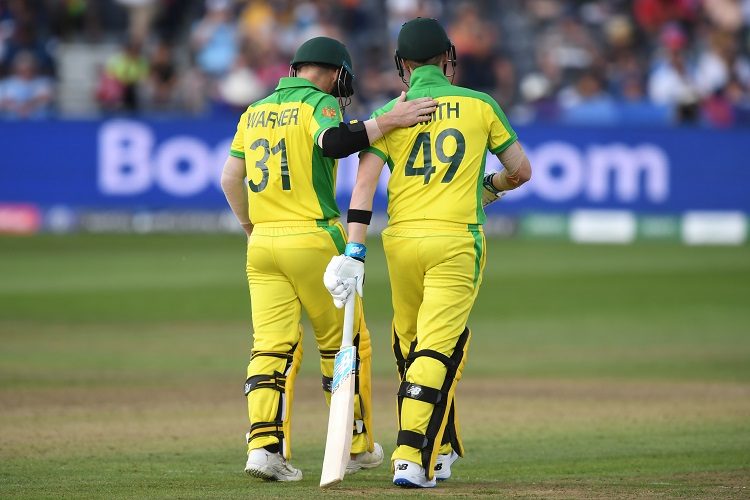 New Zealand took a 2-1 lead in the series against England, while Australia went 1-0 up against Pakistan with one match to go. In other news, BCCI is contemplating extra umpires to check no-balls in IPL 2020; and Sachin Tendulkar has suggested changes to the 50-over format.

Thanks to a heist at Nelson, New Zealand won back-to-back matches to take a 2-1 lead in the 5-match T20I series against England.

After the abandoned first match, Australia took an unassailable 1-0 lead in the 3-match T20I series with a 7-wicket win at Canberra.

Australia barely broke a sweat during the chase. Mohammad Irfan bothered the batsmen with his steep bounce, but that was just about the only challenge they encountered. Steven Smith shepherded the chase with a 51-ball 80 not out as Australia cruised home with 9 balls to spare.

IPL 2020 is likely to feature an extra umpire per match to monitor no-balls. The proposal was raised in a meeting of the IPL governing council at Mumbai. This was probably the outcome of an overlooked no-ball off the last ball in the match between Mumbai Indians and Royal Challengers Bangalore, which drew flak from Virat Kohli.

A similar incident followed during the match between Chennai Super Kings and Rajasthan Royals, which led to MS Dhoni lose his calm.

However, the other suggested proposal, that of a Power Hitter (equivalent of the now-defunct Supersub), is unlikely to be implemented.

Sachin Tendulkar has recommended a two-innings format for One-Day Internationals, where each innings for each side would last 25 overs. “The format needs a tweak of two innings of 25 overs per side with a 15-minute break between each innings,” he told The Times of India. He explained that this would enable both teams to bat under lights, thereby negating the impact of dew.

He also suggested breaking down the Powerplay to 5 overs per innings, which would enable the batting side to use their power hitters in the second innings, if needed.