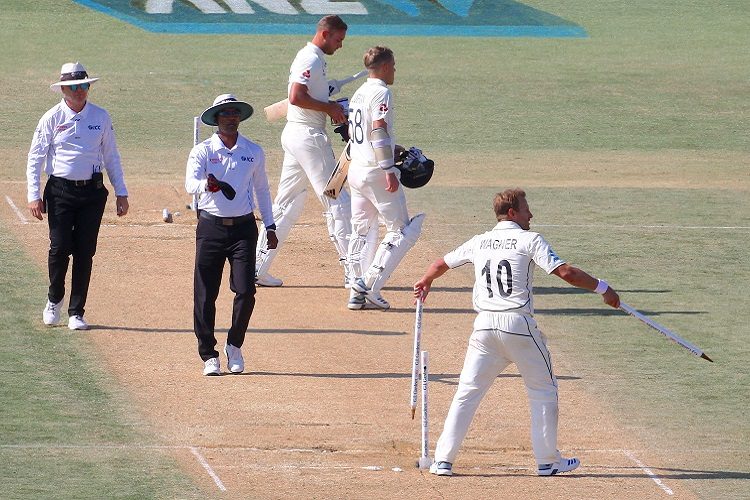 Sanjay Manjrekar seemingly goaded fellow India commentator Harsha Bhogle for not having played the sport, in a widely criticised move, while both India and New Zealand secured innings victories on the field.

Harsha Bhogle and Sanjay Manjrekar, two prominent commentators in India, were involved in an on-air disagreement, during what turned out to be the last day’s play in the pink-ball Test between India and Bangladesh.

Manjrekar and Bhogle were discussing the visibility of the pink ball – the former believed there was no issue, but the latter said there was no harm in asking – and it increasing had an edge, with Manjrekar eventually saying: “Well, you need to ask Harsha. For us who have played the game, we’d get a fair idea about what’s happening…”

To which Bhogle’s response was measured. “When you play the game, Sanjay, you get a very good idea about what the conditions are, but it cannot be a limitation to learning.”

After the heroics of BJ Watling and Mitchell Santner helped New Zealand post 615/9 declared in their first innings, Neil Wagner was a menace to deal with on the fifth day.

He took a five-wicket haul, having taken three of those wickets in the afternoon in a five-over burst, and it meant England were bundled out for 197 in the second innings. New Zealand secured an innings-and-65-run victory.

The only bad news for New Zealand on the day was that Trent Boult sustained a rib injury and is now likely to miss the second Test.

India needed just 47 minutes on the third afternoon to wrap up the Bangladesh innings and seal an innings-and-46-run win for a first triumph in day-night Tests.

In terms of balls delivered (968), this was the shortest Test with an outright result in history. It was India’s seventh consecutive win in the format.

With Mahmudullah unable to take the field due to injury, and Umesh Yadav quickly running through the tail, the end came sooner than expected. Umesh finished with a five-for, while Ishant Sharma had four in the second innings and nine in the match.

"I think a more balanced format would be one series home, one away," he said. "We're playing very good cricket but we've played only two Tests away in the WTC. And you're talking about an Ashes where we saw the level of cricket and the intensity at which those series were played.

“Pakistan is playing Australia for the first time in Test championship. So it is very tough to judge a team. You can praise our team on the performance, yes, but to say that we're dominating like no other team is a very subjective thing to say.”