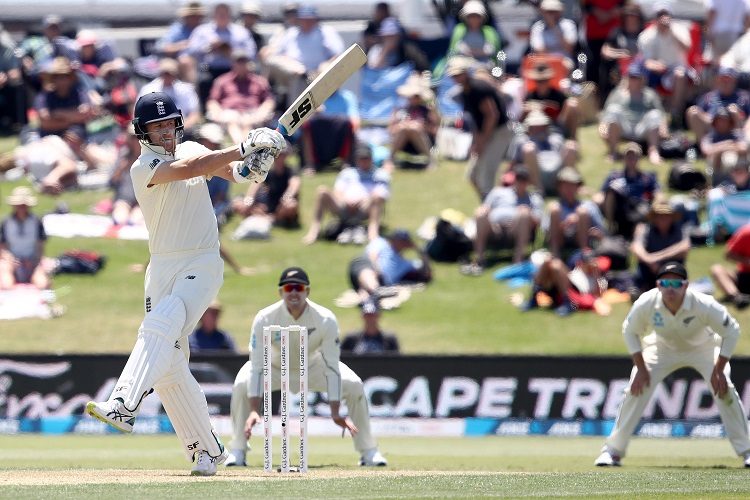 Joe Denly and Ben Stokes scored half-centuries as England posted 241/4 by stumps on the opening day of the first Test against New Zealand at Bay Oval on Thursday. Stokes (67) and Ollie Pope (18) went into stumps unbeaten, and it was a fine start to England’s new era under head coach Chris Silverwood.

It was a different England, with onus on grinding out the opposition and batting hard, and making it difficult to for New Zealand to break them down, especially against the patient forces of Colin de Grandhomme and Neil Wagner.

Pakistan lost 4 wickets for 3 runs after lunch on the opening day at The Gabba against Australia in what signified a difficult day. Pakistan were bundled out for 240, despite having made a solid start.

The wickets went to the Australian pace trio of Mitchell Starc, who took a four-for, while Pat Cummins was his usual unplayable force, bagging three for himself.

Pakistan rallied around Asad Shafiq, who scored 73, and there were fighting knocks from Mohammad Rizwan and Yasir Shah, but their eventual total isn’t expected to contain Australia.

Kuldeep Yadav, the left-arm wrist spinner, and Bhuvneshwar Kumar and Mohammed Shami, the pacemen, have all been named in the Indian squad for the upcoming three T20Is against West Indies, starting December 6.

There was no place for Khaleel Ahmed and Shardul Thakur either, while Jadeja’s return meant Krunal Pandya was sidelined.

Fielding will be a challenge with pink ball – Virat Kohli

Ahead of their first ever day-night Test, Virat Kohli, the India captain, has said fielding could be a big challenge with the pink ball.

Kohli said there was a need to adjust to how quickly the ball was moving, and that made it more difficult to field than bat.

“Catching the ball, we felt like how you feel like with the white ball in the afternoon,” Kohli said. “You don’t know how far the ball is and then it hits your hand very quickly.

“In the slips, the ball hits your hand so hard it almost felt like a heavy hockey ball, or those synthetic balls we’ve played with when we were younger. It really felt like that on the hand, and it’s definitely because of the extra glaze of the ball.”