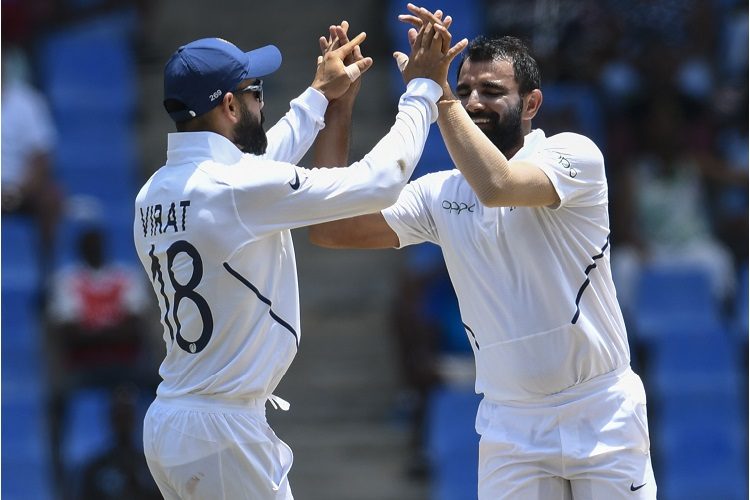 India hardly broke a sweat to thrash Bangladesh by an innings and 130 runs inside three days; Afghanistan levelled the T20I series against West Indies; the Pakistan bowlers were kept at bay by the Cricket Australia XI; and Joe Denly, Ollie Pope, and Jos Buttler got fifties at Whangarei.

India brush Bangladesh aside, go 1-0 up

India beat Bangladesh by an innings and 130 runs at Holkar Stadium, Indore to go one-up in the 2-match Test series.

The Afghans pull one back

Afghanistan beat West Indies by 41 runs to level the T20I series 1-1. The decider will be played at Lucknow on Sunday.

Batting first, the Afghan openers raced to 42 in 25 balls before Kesrick Williams (4-0-23-3) dismissed both off consecutive balls. Support also came from Jason Holder (4-0-23-2) and Keemo Paul (4-0-28-2). For Afghanistan, Hazratullah Zazai and Karim Janat top-scored with 26 apiece, off 15 and 18 balls respectively.

The West Indians never got going against the Afghan spinners. They delayed the onslaught, and once Janat (4-0-11-5) ran through the middle order they were left with no realistic chance. Janat found support from Mujeeb Ur Rahman (3-0-10-0) and Naveen-ul-Haq (3-0-19-1).

Cricket Australia XI – a side devoid of any Test cricketer – batted through the second day of Pakistan's tour match at Perth to finish on 246/7 to save the match.

The Pakistanis broke through again, this time reducing the hosts to 165/5, but Bradley Hope (50*) managed to bat out time.

Pope then added a subsequent 114 with Jos Buttler (88) before England's lower middle order played out time.