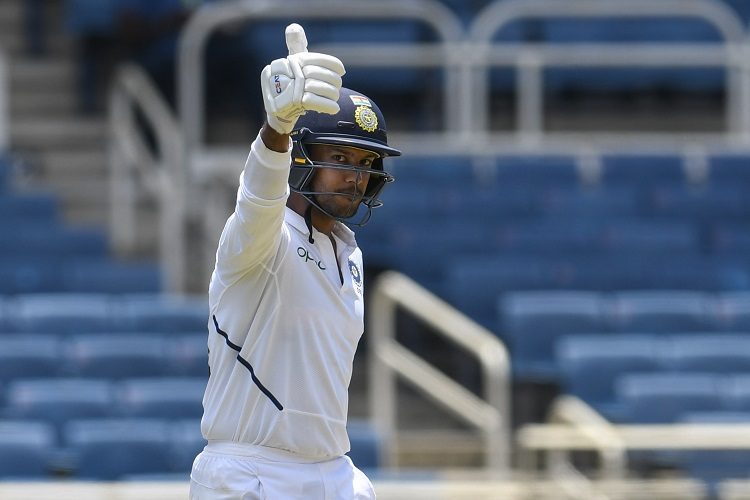 Led by Mayank Agarwal, the Indian batsmen put up 407 on the second day at Indore; the eight IPL franchises released 71 cricketers ahead of the next season; Asad Shafiq and Glenn Phillips scored hundreds in their respective tour matches; and Meghalaya stunned Mumbai in the Syed Mushtaq Ali Trophy.

India finished Day 2 at Indore on 493/6. They now lead Bangladesh by 343 runs. Mayank Agarwal led the show, hitting 8 sixes – the joint record for India – en route a career-best 243. His footwork was exquisite, especially against spin. At this stage his career batting average reads a whopping 71.50.

Shafiq gets a hundred…

Asad Shafiq got his second hundred in as many tour matches, this time 101 not out against a Cricket Australia XI at Perth. Batting first, the Pakistanis put up 386/7. Imam-ul-Haq (44), Shan Masood (76), Babar Azam (63), and Kashif Bhatti (56*) also got some much-needed match practice.

For the hosts, Lloyd Pope, the teenage leg-spinner from South Australia, picked up 5/100.

New Zealand A declared on 302/6 against England XI at Whangarei. Glenn Phillips top-scored with 116, while contributions also came from Hamish Rutherford (59) and Tom Blundell (60). Jofra Archer (2/58) and Ben Stokes (2/64) both had decent outings.

England lost Rory Burns late in the day to finish on 26/1.

Meghalaya beat Mumbai by 4 wickets in what was definitely the greatest upset in the history of the Syed Mushtaq Ali Trophy. Batting first, Mumbai got to a reasonable 157/6 thanks to Jay Bista’s 30-ball 44 even as Swarajeet Das returned 4-0-31-2 and Amiangshu Sen 3-0-22-1.

The eight IPL franchises released 71 players between them on a hectic day at the inter-season trade-off. Here is a summary: