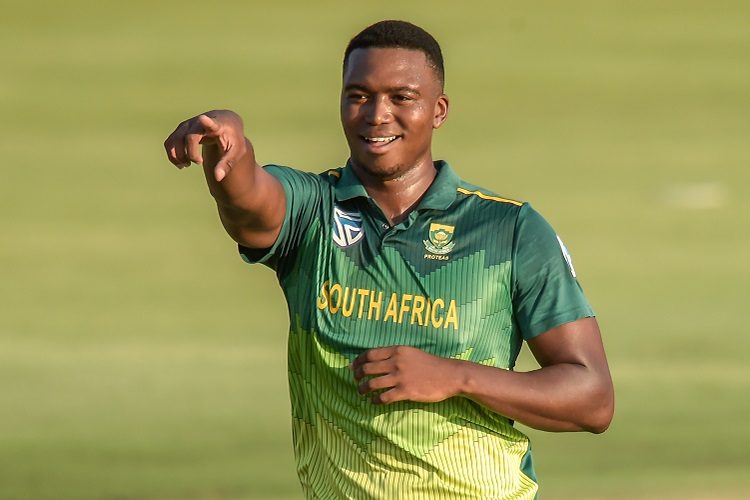 West Indies with T20 stars like Andre Russell and Dwayne Bravo won the first T20 International against Sri Lanka comfortably. Batting first West Indies posted an imposing 196/4 in their 20 overs. Lendle Simmons top-scored with 67 off 51. However, couple of quick-fire cameos from Russell (35 off 14) and captain Kieron Pollard (35 off 14) helped them to that huge store.

Sri Lanka had a terrible start and lost their first five wickets in first six overs with Oshane Thomas picking up all five. An 87-run partnership between Kushal Perera (66) and Wanindu Hasaranga (44) gave them some stability but they never seriously challenged the total and were all out on the first ball of the 20th over for 171.

2-0 lead and series for South Africa

A brilliant spell of bowling by Lungi Ngidi and an outstanding unbeaten maiden hundred from Janeman Malan gave South Africa their first series win of the summer as they took a 2-0 lead in the 3-match ODI series against Australia.

Batting first, Australia posted 271, at one stage they were expected to score a lot more but Ngidi’s 6/58 ensured that they ended with a sub-300 total. Captain Aaron Finch and D’Arcy Short both top-scored with 69 each.

Despite losing the captain Quinton de Kock in the first over for a duck, the hosts comfortably won by six wickets with more than an over to spare thanks to Malan’s unbeaten 129 with seven fours and four maximums. There were other cameos including a fifty from Heinrich Klaasen which provided the support and ensured an easy victory.

After missing the second match Temba Bavuma will miss the third One-Day International against Australia as well. His rehabilitation for a strain on his right hamstring will continue as a precautionary measure for the upcoming India tour. Rassie van der Dussen has been added to the squad as his cover.

Bavuma will remain with the squad and continue to work with the medical team for his fitness. South Africa will play the last match against Australia on March 7 and then leave for India for the 3-match ODI series starting on March 12.

Sunil Joshi will replace chief selector MSK Prasad in the BCCI selection committee (men). Harvinder Singh is the other panel member named by the Cricket Advisory Committee to be added to the panel in place of outgoing Gagan Khoda.

On Wednesday the CAC comprised of Madan Lal, RP Singh, and Sulakshana Naik took interviews of five shortlisted candidates in the BCCI headquarters to select the new members of the All-India Senior Selection Committee (Men). The finally named Joshi and Singh for the posts. Joshi played 15 Test matches and 69 ODIs for India between 1996 and 2001 whereas Harvinder Singh featured in three Tests and 16 ODIs from 1998 to 2001. This new panel will now select the Indian squad for the upcoming South Africa series as mentioned by Sourav Ganguly on Tuesday.

Verma and Ecclestone rise to top

Shafali Verma and Sophie Ecclestone top the batting and bowling tables of the latest ICC T20 rankings released on Wednesday. The Indian opener replaced New Zealand captain Suzie Bates in the process who had been at the top since October 2018. Verma climbed from 20th place to the top after her outstanding performance in the ongoing World Cup where she has already accumulated 161 runs at an average of 40.25 and a strike rate of 161. She is the second Indian after Mithali Raj to achieve the No.1 rank in women’s T20I.

On the other hand, England spinner Sophie Ecclestone moved to the top spot on the bowling chart to become only second English bowler to claim the top since Anya Shrubsole in April 2016.  Ecclestone replaced Australia’s Megan Schutt with a total of 50 wickets in 34 T20Is at an average of 15.38. In the ongoing tournament, she has eight wickets so far to her name.

BCCI decided to halve the prize money for the IPL as part of the coach-cutting measures for the upcoming edition. The winners will now get Rs 10 cr instead of a whopping Rs 20 cr and the runners-up will get Rs 6.25 cr. The third and fourth-placed teams will get Rs 4.375 cr each.

A BCCI official told PTI “The financial rewards have been reworked as a part of the cost-cutting measures. The champions will get Rs 10 crore instead of Rs 20 crore. The runners-up will get Rs 6.25 crore from earlier Rs 12.5 crore.” The franchises will also have to pay for the state associations organizing the games. “The state associations who will host the IPL games will get Rs 1 crore as the franchises and the board will be contributing Rs 50 lakh each.”