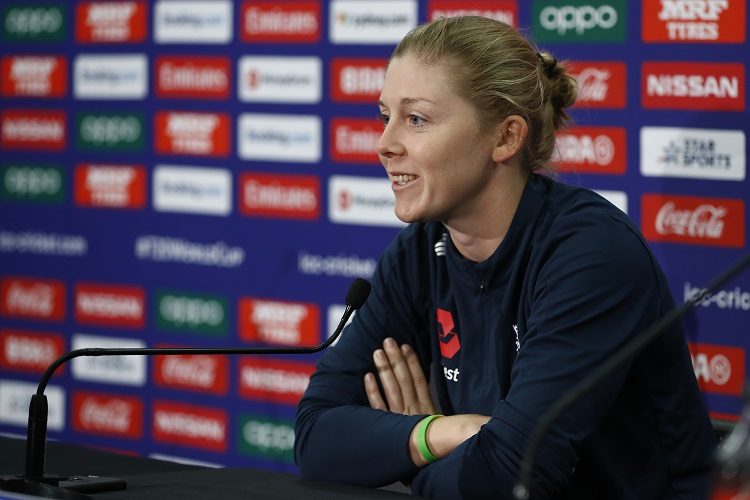 Heather Knight and Sophia Dunkley have signed up for the England NHS Volunteers Responders Scheme; BCCI have pledged to donate INR 51 crores to fight the battle against COVID-19, while Suresh Raina has pledged 72 lakhs; BCB will pay non-contracted DPL cricketers; and Alastair Cook has voiced his opinion on the proposal of a truncated County Championship.

“I’ve made myself available to talk to people who are home alone, lonely and self-isolating and I’ve also offered to transport medicines. As well as my brother, I’ve got some friends who work in the NHS and we saw on Thursday with the clap at 8 pm how much they mean to everyone, we should all support as much as possible, especially at this time,” Knight told Wisden.

The BCCI have pledged INR 51 crore towards the Indian Prime Minister’s Citizen Assistance and Relief in Emergency Situations fund to help India fight the coronavirus pandemic.

They elaborated in a release: “The outbreak of the Coronavirus is first and foremost a public health emergency and the BCCI has a firm resolve that the nation gets all possible help to cope with the testing times.”

Suresh Raina has also pledged INR 51 lakhs towards the battle against Coronavirus. Of this, INR 31 lakhs will go to the PM-CARES and the remaining INR 20 lakhs towards the Uttar Pradesh Chief Minister’s Disaster Relief Fund.

The BCB has announced a one-time payment of BDT 30,000 for cricketers participating in this season’s Dhaka Premier League as part-compensation for postponement of the tournament due to the Coronavirus pandemic outbreak.

“With the tournament looking at an indefinite period of shut down, cricketers who are not part of the BCB’s contracts are likely to face financial hardship, as they may have only received partial payment from their respective Premier League Clubs. This assistance is for that section of the players,” BCB President Nazmul Hassan told ESPNCricinfo.

Cook not keen on truncated Championship

The ECB has already postponed all professional cricket in England till May 28. This means that the County Championship will invariably be delayed, which may lead to significantly fewer matches. However, Alastair Cook, England’s leading run-scorer and member of defending champions Essex, is not too comfortable with the idea.

“What I hope is that they don’t try and have a six-game County Championship or something like that. I would rather have one or two full tournaments, because if you do then play that tournament or two tournaments it is so much more rewarding to win it,” Cook told BBC Radio 5 Live.