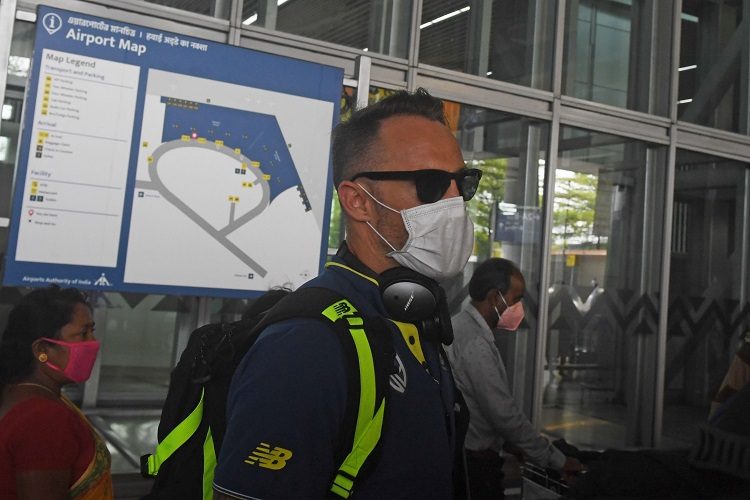 It has emerged that South Africa’s stay in a Lucknow hotel coincided with that of Kanika Kapoor, the Indian singer who later tested positive for Covid-19. Elsewhere, eight people were arrested in India for breaking a nationwide curfew to play cricket, and Nasser Hussain told purists to suck it up.

South Africa’s stay in Lucknow, during the cancelled ODI series against India, coincided with that of Indian singer Kanika Kapoor, who later tested positive for Covid-19.

Kapoor, who has come in for criticism for socialising after her return from the UK recently, despite reportedly being told to quarantine herself, arrived on March 11, while the team reached the hotel on March 13.

“She was living there at a time when the South African team was staying in the hotel for the ODI match, which eventually was called off,” TOI quoted a source as saying. “There is information that Kanika [Kapoor] was seen briefly attending a news channel’s annual conclave held at the hotel. Therefore, it is important to scan the CCTV footage and list those who came in contact with her.”

Eight arrested in India for playing cricket during curfew

India observed a nationwide Janta Curfew on Sunday to tackle the increasing spread of the novel coronavirus Covid-19, but some fans still took to the fields to play some cricket in Kalyan on the outskirts of Mumbai.

According to the Deccan Herald report, all eight people were arrested, while a boy was detained, with a police official saying: “Action was taken against them for defying the prohibitory orders issued by the Thane Police Commissionerate.

“They also went against the ‘Janta curfew’ being observed to curb the spread of coronavirus.”

Purists will have to suck it up – Nasser Hussain

Former England captain Nasser Hussain has warned the County Championship purists in the country that their interests would have to take a backseat this season.

England’s domestic season is on hold till at least May 28, and it is widely expected that, once it is safe to resume cricket in some form, the ECB will prioritise white-ball cricket due to the financial implications of a delayed start.

“One thing the ECB will have to do is prioritise the financial decisions in all this – Test match cricket, white-ball cricket,” Hussain was quoted as saying by Sky Sports. “Maybe the purist will just have to suck it up this summer with the County Championship. These are the decisions the ECB will have to make with their stakeholders and their partners.”

Rohit Sharma likes playing the pull shot. That much was obvious when he decided to point out to ICC that missed out on someone when they posted a tweet with four players, asking who played the best pull shot.

Rohit wasn’t impressed he wasn’t one of the four pictures, and said: “Someone’s missing here ?? Not easy to work from home I guess” The ICC recognised their folly, and replied to him with a gif of a wondrous pull he played during the World Cup 2019, saying: “Fair play, Rohit”.