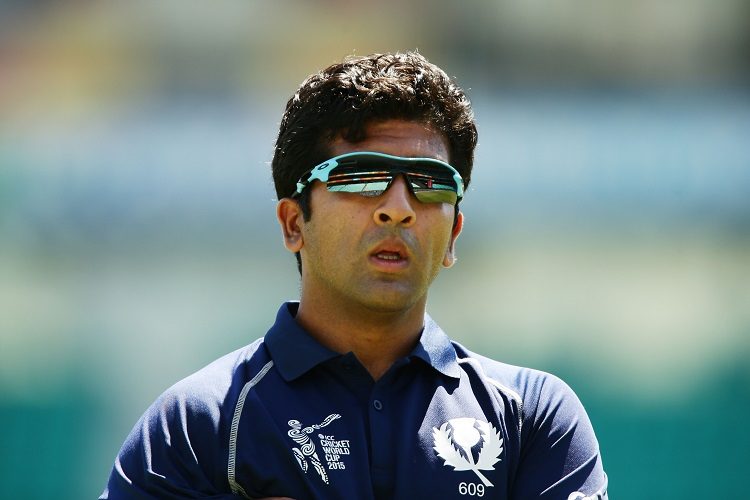 Majid Haq was diagnosed with COVID-19; no professional cricket will be played in England and Wales till May 28; reserve days for the knockouts could be introduced in the upcoming men’s T20 World Cup; and David Warner will not feature in ‘The Hundred’.

Majid Haq, former most-capped cricketer and leading wicket-taker for Scotland in ODIs, has tested positive for COVID-19. “Looking forward to potentially getting back home today after testing positive with Coronavirus. Staff at the RAH in Paisley have been good to me & thank you to everyone who has sent me messages of support. Insha Allah the Panther will be back to full health soon,” he tweeted yesterday.

Majid last played competitive cricket in the 2015 World Cup, during which he was dropped on disciplinary grounds. He has played 54 ODIs and 21 T20Is, picking up 60 and 28 wickets respectively.

No professional cricket by ECB till May end

Due to the novel Coronavirus outbreak, there will be no professional cricket at least till May 28. This means the international cricket, The Hundred, T20 Blast will be organized in the summer followed by a curtailed schedule of County Championship and List A competition.

ECB Chief Executive Officer, Tom Harrison, said, “The decision to delay the start of the season has been essential, given the circumstances the nation faces. With the information available to us at the moment a delay to the start of the professional cricket season until May 28 was unavoidable.” He further added, “Securing the future of the game will be a primary focus as we plot a revised schedule with an emphasis on the most financially important forms of the game for the counties across international and domestic cricket.”

International Cricket Council’s rules and regulations do not allow any reserve day until the final. Likewise, England failed to reach the final of the Women’s T20 World Cup after an abandoned semi-final against India due to their lesser points at the end of the group stage that that of India’s. This did not go well with the maximum. So now Cricket Australia is keen to have reserve days in the knockout stage of the upcoming men’s T20 World Cup.

Kevin Roberts, CA’s chief executive officer will attend the Chief Executive Committee meeting of the ICC soon. He said: “I would imagine the playing conditions are in place for the women’s and men’s events within this tournament and can be discussed and considered after that’s completed. Typically, the playing conditions are determined before a tournament starts and we’ve got two events here – women’s and men’s – within the one tournament, albeit staged at different times of the year.”

Umar Akmal was charged with two breaches of the PCB’s anti-corruption code for two different incidents. Pakistan Cricket Board informed that he “was issued the Notice of Charge on Tuesday, 17 March, and has 14 days (31 March 2020) to respond in writing to the charge.”

He was found to breach Article 2.4.4 which says,”Failing to disclose to the PCB Vigilance and Security Department (without unnecessary delay) full details of any approaches or invitations received by the Participant to engage in Corrupt Conduct under this Anti-Corruption Code.” Anyone found guilty, the person can be jailed for six months to a lifetime.

David Warner to not play ‘The Hundred’

David Warner will not feature in the inaugural season of ‘The Hundred’. Warner, one of the big names of the tournament, Warner was due to play for Southampton based Southern Brave. Now he will be replaced by fellow Australian, Marcus Stoinis.

“I was excited to participate in The Hundred’s inaugural season with Southern Brave, though with the latest updates to the Cricket Australia schedule in the middle part of 2020, and due to the exceptionally busy cricketing program over the last 12 months, I have decided to put my family first and spend this time of the year with them,” explained Warner.