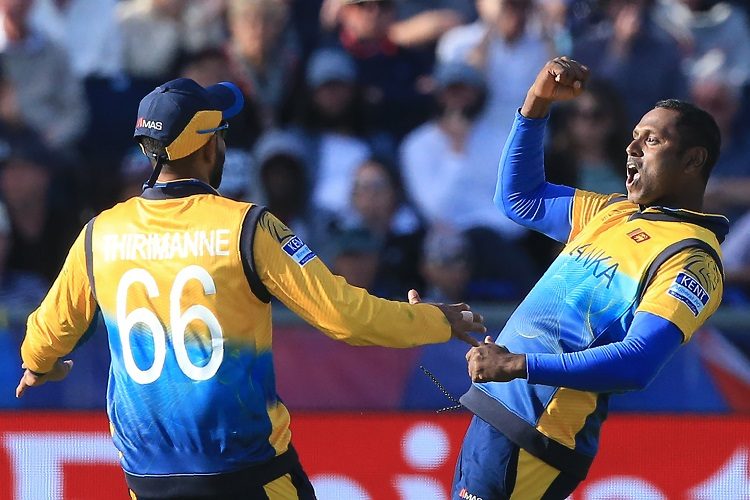 Angelo Mathews could play his first T20I in 16 months after being recalled to the squad for the upcoming series against India. Elsewhere, Delhi batsman Manjot Kalra has been suspended for a year from Ranji Trophy due to age fraud, and Jofra Archer is an injury doubt for England’s second Test against South Africa.

Angelo Mathews was recalled to Sri Lanka’s T20Is side for the upcoming India series, and is in line to play his first match in the format in 16 months should he make the XI.

Nuwan Pradeep is injured and misses out on the squad, with Kasun Rajitha taking his place. Shehan Jayasuriya is another absentee, while Dhananjaya de Silva is the other all-rounder apart from Mathews.

Jason Holder has been rested from the first two matches of West Indies’ upcoming three-match T20I series against Ireland.

“The decision was taken to rest Jason due to the heavy workload he has had over the last year,” said Roger Harper, West Indies’ selector. “With an important year ahead for West Indies cricket, we saw this as the best opportunity to give him a break to recharge his batteries and refresh his mind so he could be ready to perform at his best as our Test captain throughout 2020, as the number one ranked all-rounder in Test cricket and an important member of the team in the white ball formats.”

Manjot Kalra, one of India’s stars in their U19 World Cup triumph in 2018, has been suspended for a year from Ranji Trophy due to an age-fraud offence.

According to PTI, the Delhi batsman was punished by the DDCA Ombudsman Badar Durrez Ahmed for an allegedly committing the offence in U16 and U19 levels.

Kalra was in line to replace Shikhar Dhawan, who is on international duty, in the Delhi set-up for the next round of Ranji games, but will now be ineligible for selection.

Injury cloud over Archer ahead of second Test

England paceman Jofra Archer has a sore elbow and his participation is doubtful for their second Test against South Africa at Newlands.

Archer did not bowl in the nets on Wednesday, although he did bat and take part in the fielding drills, and if he does recover, England will have to make a decision regarding whether to stick with their all-pace attack or opt for a spinner in the second Test.

“We have to look at which seamers will be right for that particular pitch and choose from there,” said Chris Silverwood. “If there is a big decision to be made, we’re not afraid to make it.”