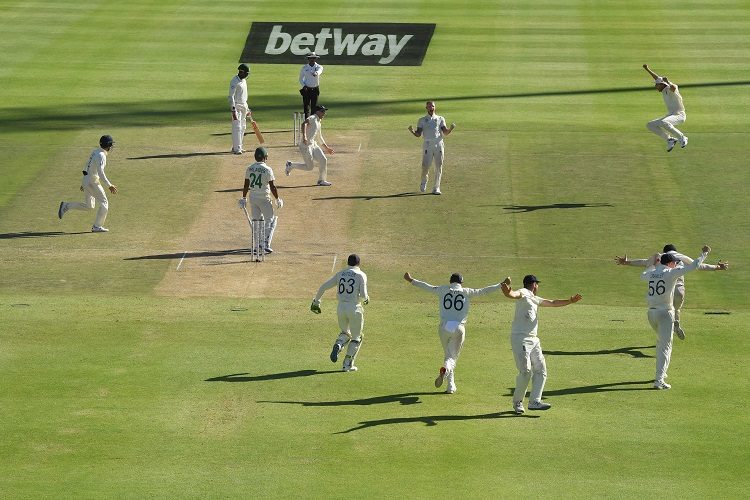 England are on top in the Port Elizabeth Test against South Africa. West Indies, Bangladesh, and UAE have recorded significant wins in the Under-19 World Cup. And Tamim Iqbal has been named in the Bangladesh team for the T20I series against Pakistan.

England are in a dominant position at the end of Day 3 at Port Elizabeth, with South Africa requiring another 92 to save the follow on. Their hopes are pinned on Quinton de Kock (63*) and Vernon Philander (27*). Barring them, the only resistance came from nightwatchman Anrich Nortje, who hung around for more than three hours for his 136-ball 18.

Unfortunately, their teammates did not rise to the challenge as young Dom Bess (5/51) ran through the middle order to add 3 wickets to his overnight tally. South Africa were reduced to 109/5 before de Kock first added 45 with Nortje, then another 54 with Philander.

With rain looming, England will have to get the remaining four wickets early and impose the follow-on.

The second day of the Under-19 World Cup saw four matches. The most talked-about at this took place at Diamond Oval, Kimberley, where West Indies beat Australia by 3 wickets.

The Australians were all out for 179 against 4/49 by Jayden Seales and 3/24 by Matthew Forde as Jake Fraser-McGurk scored 84. West Indies were then reduced to 92/5 before a handy 61 from Nyeem Young led them to win with 3 overs to spare.

Like West Indies, Bangladesh opened with a win as well, defeating rain and Zimbabwe by 9 wickets. All Bangladesh bowlers got wickets, while Parvez Hossain Emon top-scored with 58 not out.

A hundred from Figy John helped UAE triumph over Canada. Their bowlers restricted Canada for 231 as Sanchit Sharma took 3/42. John and captain Aryan Lakra then finished the the chase with more than 10 overs to spare.

The other match between New Zealand and Japan was abandoned midway due to rain and both teams shared points.

Tamim Iqbal has been named in the Bangladesh side for the T20Is in Pakistan. Tamim, who has not played international cricket since the World Cup, has now recovered from his groin injury. This somewhat compensates the loss of Mushfiqur Rahim, who has opted out of the series. Bangladesh have also included 20-year-old Hasan Mahmud.