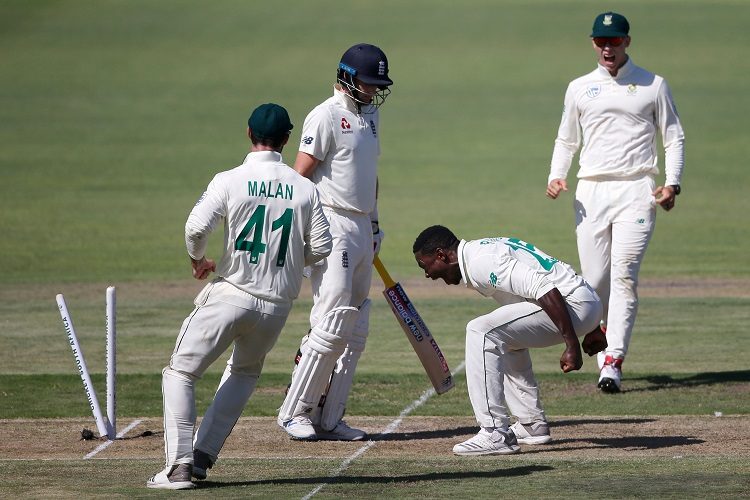 Neither South Africa nor England finished at an advantageous position after Day 1 at Port Elizabeth; MS Dhoni did not find a place in BCCI’s new central contracts; and Pakistan announced their squad for the T20Is against Bangladesh, as have New Zealand Women for their series against South Africa.

Zak Crawley (44) and Dom Sibley (36) added 70 for the opening stand, batting into the second session. Joe Denly got 25 and Joe Root 27, the latter’s innings ending as Kagiso Rabada (2/48) beat him for pace, sending a very quick delivery through his defence.

BCCI did not name MS Dhoni in their list of centrally contracted cricketers for 2020. Interestingly, Dhoni was one of four men with an A+ contract – the highest band – in 2019. Dinesh Karthik, Khaleel Ahmed, and Ambati Rayudu also lost their contracts, while seven men found their first ever contracts. Of them, Mayank Agarwal was directly promoted to Grade B. The list reads:

Pakistan left out Mohammad Amir, Wahab Riaz, and Mohammad Irfan from their side that was thrashed in Australia. Instead, they have drafted in three uncapped cricketers for the home T20Is against Bangladesh: Haris Rauf, who had taken the BBL by storm, Amad Butt, and Ahsan Ali.

Other notable inclusions are Mohammad Hafeez and Shoaib Malik, both of whom have been out of the side for some time. The squad reads:

Jess Kerr has been included in New Zealand Women’s squad for the ODIs against South Africa Women. Jess will play alongside younger sister Amelia, already one of the finest all-rounders in the world. Sophie Devine will take over as captain from Amy Satterthwaite, who has just delivered her first child. Neither Satterthwaite nor her wife Lea Tahuhu will feature in the series. The squad reads: