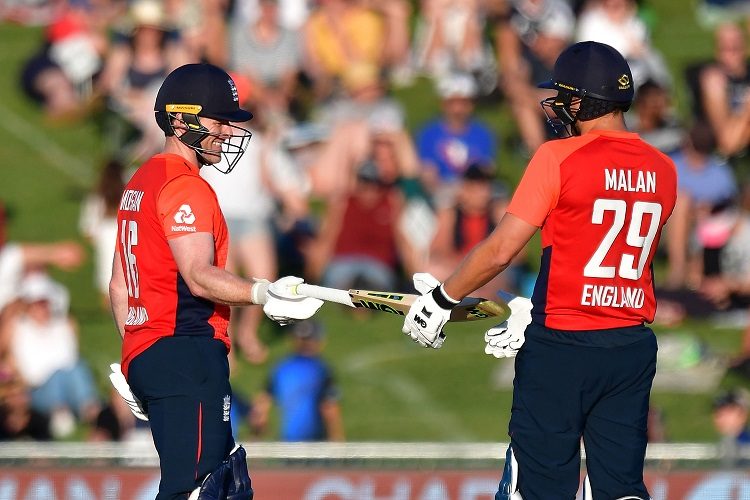 Eoin Morgan’s brisk half-century helped England chase down a daunting total and seal a 2-1 series win in the T20Is against South Africa. Elsewhere, Trent Boult returns to face India in the Tests, and Mahmudullah is dropped from the Bangladesh squad for the clash against Zimbabwe.

A thrilling three-match T20I series between South Africa and England came to an end in typical fashion with Eoin Morgan, the England captain, scoring a 22-ball 57* to help seal a chase of 223 with five balls to spare and win the series 2-1.

Heinrich Klaasen had provided the impetus to South Africa’s innings earlier with a 33-ball 66, with Temba Bavuma (49 off 24) and Quinton de Kock (35 off 24) providing support.

Trent Boult was named in New Zealand’s 13-man squad for the two-Test series against India, starting in Wellington on Friday, 21 February.

Boult, who has been out of action since the Boxing Day Test with an injury to his right hand, will join Tim Southee, Neil Wagner and the uncapped Kyle Jamieson in the pace attack. Jamieson impressed in the ODIs against India, and has earned his maiden call-up to the Test side.

However, there was no place in the squad for the likes of left-arm spinner Mitchell Santner and opener Jeet Raval, both of whom struggled against Australia, as well as paceman Matt Henry.

There was no place for the senior middle-order batsman Mahmudullah in the Bangladesh squad for the Zimbabwe Test, following his poor recent form.

The Bangladesh selectors also left out Rubel Hossain and Al-Amin Hossain, the pace duo, as well as Soumya Sarkar, who has been granted leave for his marriage.

However, Mushfiqur Rahim returned to the squad, having skipped the tour of Pakistan, while Mehidy Hasan Miraz, Mustafizur Rahman and Taskin Ahmed have all been called back again.

South Africa coach Mark Boucher said he’d have no problems slotting AB de Villiers into the playing XI for the T20 World Cup if the batsman is ready and willing.

"He's a discussion in the media and in the public but he is no discussion for me. I have had chats with him and we will probably know pretty soon what's going to happen with him," Boucher said. "Like I said from day one when I took over, if we are going to a World Cup, I would like to have our best players there.

"If AB is in good form and he is raring to go and he makes himself available for the time we have asked him to be available; if he is the best man for the job, then he must go. It's not about egos or anything like that, it's about sending your best team to the World Cup to try and win that competition."