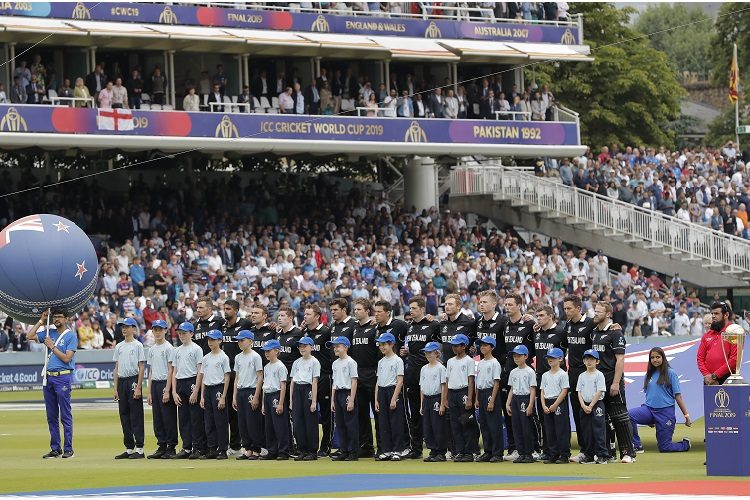 The New Zealand cricket team won the inaugural Christopher Martin-Jenkins Spirit of Cricket Award; Pakistan have named Naseem Shah in their Under-19s squad; New Zealand Cricket have filed a police complaint in the aftermath of the racial abuse hurled against Jofra Archer; and Mithali Raj's biopic has been announced.

Based on their performance and conduct in the World Cup final on July 14, The New Zealand cricket team was honoured with the inaugural Christopher Martin-Jenkins Spirit of Cricket Award – a joint effort from MCC and BBC.

MCC President Kumar Sangakkara explained to ICC: "The New Zealand team are worthy winners of this award. In the heat of battle, they displayed a level of sportsmanship that was fitting for such a fantastic final, and indeed, tournament.

“It is a testament to their squad that even after a match that will live long in the memory for the cricket that was played, we are still talking about the Spirit of Cricket. Their actions deserve this recognition."

Not many cricketers play for the national Under-19s after playing Test cricket, but Naseem Shah is no ordinary cricketer. All of 16, Naseem was fast-tracked into the Pakistan Test side for the Brisbane Test in November.

Naseem is already part of Pakistan's squad for the upcoming Under-19 World Cup, in South Africa. Pakistan Under-19s coach Ijaz Ahmed explained to ESPNCricinfo that Naseem will not be part of the home Tests against Sri Lanka (a series likely to be dominated by spin).

Jofra Archer had been the victim of a racial abuse hurled by a spectator during the first Test of the series, at Bay Oval, Mount Maunganui.

David White, CEO of NZC, told ESPNCricinfo that once caught, the culprit will not be allowed to watch cricket at any international ground in New Zealand for some time.

A biopic for Mithali

On Mithali Raj's 37th birthday, actor Taapsee Pannu announced that she would portray Raj in Shabaash Mithu, Raj's biopic. Raj will join an elite list of Indian cricketers with a biopic – a list that currently includes Mohammad Azharuddin, MS Dhoni, and Jhulan Goswami. Goswami's biopic is currently under production.

A former Indian captain across formats, Raj had retired from T20Is earlier this year, but continues to lead India Women in ODIs.