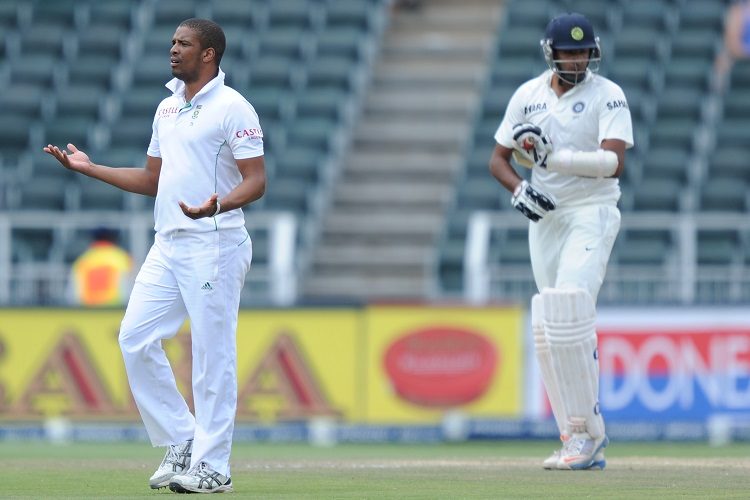 Vernon Philander confirmed reports of joining Somerset. Jofra Archer received a warning at Centurion. The BCB is waiting for government clearance to take a call on Pakistan tour.

Vernon Philander to play for Somerset

Vernon Philander during the press conference after the second day of the first Test match against England confirmed his association with Somerset. Philander who is playing his last international series confirmed reports of him signing the Kolpak contracts and playing county next year.

Philander took four wickets 16 runs in 14.2 which helped England wrap up for 181. But England are also trying hard to make a comeback in the game as currently, South Africa are struggling with 72/4 on board. While asked about the signing in the conference, Philander said, “Everyone knows that.” He further informed that it would be an yearly contract to start with. “We’re going to go on a year-by-year basis and see how we go.”

Controversy erupted in the penultimate over of the second day during the South Africa-England Test match at Centurion. South Africa were already four down and the night-watchman Anrich Nortje was on the crease. Jofra Archer tried two back-to-back slower deliveries and both ended up being full tosses above the waist. The first one was called a no-ball. The second was also given a no-ball by the leg umpire Paul Reiffel which means that Archer would have been suspended from bowling in the rest of the match.  However, after pleading from Archer and Stuart Broad, Reiffel changed his decision after consulting with his partner Chris Gaffaney.

Obviously, the South Africans were not happy and their captain Faf du Plessis and coach Mark Boucher met the match referee Andy Pycroft who later warned Archer for his action.

According to the Bangladesh Cricket Board president that players and coaching staff are apprehensive about touring in Pakistan. “After talking to the players and coaching staff, what I understood is that there is no opportunity [to tour Pakistan for a Test series].” Nazmul Hasan informed the reporters on Thursday. He said that the Pakistan Cricket Board is already aware of what the BCB wants.  “If they agree, we can try to get the government’s clearance. It’s not the issue of the board because it’s a security issue, so the government will have the final say.”

He further added if the players and coaching staff agree and they can make a good T20 team, the series will be on. “We are supposed to get the government clearance within one or two days after which we’ll give the final decision.”