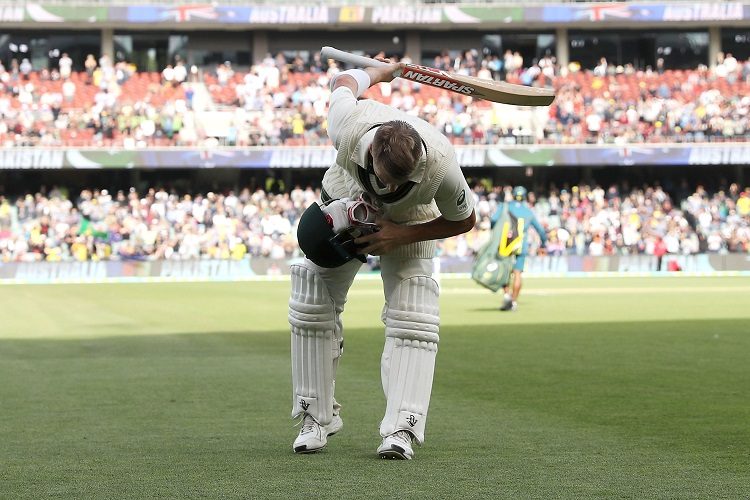 Jack Leach has been hospitalized for a gastroenteritis problem. Australia look settled at Adelaide, thanks to David Warner's record-breaking triple. New Zealand pacers give early breakthroughs at Hamilton.

Jack Leach has been hospitalized following a gastroenteritis problem during the second day of the Hamilton Test against New Zealand. Leach who was not part of playing XI was feeling unwell at the end of the first session of play on Saturday. He was taken to the Hospital by England’s medical team and expected to stay at night.

"It's quite worrying news but we've got great medical staff to look after him," Stuart Broad shared his opinion on the same. Leach was left out of the squad as Chris Woakes was given preference.

A partnership of 361 runs between Marnus Labuschagne and David Warner enabled the Aussies to dominate Day 2 although the former was dismissed for 162. David Warner scored his maiden Test triple hundred and surpassed Don Brandamn’s 334 to remain unbeaten on 335 when Tim Paine finally declared with Australia’s score on 589/3.  Shaheen Shah Afridi took all three wickets of opponents and ended the most economical bowler for Pakistan after Australia’s first innings.

Pakistan were reduced to 89/6 in 32 overs. Fortunately, Babar Azam (43), the mainstay of Pakistan batting line-up survived at stumps with an almost impossible mission of saving his team from a follow-on.

England are looking down the barrel at the end of Day 2 as they slumped to 39/2 thanks to some tight bowling by the New Zealand pacers. Rory Burns and Joe Root survived the day and would look to bat long on Day 3 to take England to a respective position.

England started the day well by scalping the centurion Tom Latham for 105. At one stage the Kiwis were 191/5 but BJ Watling (55) continued his good form and led the recovery along with the debutant Daryl Mitchell (73). The tail-enders also added some quick runs for New Zealand as New Zealand were all out for 375. Stuart Broad was the highlight of the England bowling as he finished with 4/73 who was well cooperated by Chris Woakes (3/83).

Ganguly says, "there is clarity on MS Dhoni"

Sourav Ganguly, the BCCI president stated that there is absolute clarity on Dhoni's cricket career. MS Dhoni, former India captain has been out of cricket circuit since India's exit from the World Cup 2019. There have been speculations over his retirement and future in international cricket.

Ganguly, when asked about the same told PTI, "No, no, there is clarity, but certain things cannot be said on public platform. "There is absolute clarity on MS Dhoni and you'll find out in time."

He further added, "There's transparency between the board, MS and the selectors. When you deal with such champions - MS Dhoni is an unbelievable athlete for India - certain things have to be kept within the closed doors. It's very transparent and everybody knows where they stand."