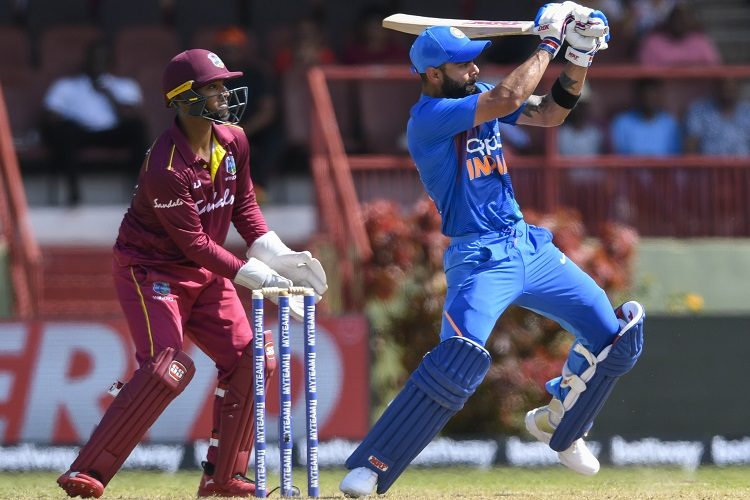 Rishabh Pant and Virat Kohli came together to help India seal a 3-0 win in the T20I series, putting on a 106-run stand for the third wicket. Elsewhere, Jofra Archer impressed in his outing for Sussex Second XI, even as Jimmy Anderson was ruled out for the Lord’s Ashes Test.

India cantered to a 3-0 win in the T20I series in Providence after Deepak Chahar and Rishabh Pant played starring roles.

Then, Pant and Virat Kohli put together a 106-run stand for the third wicket, with Kohli scoring a 45-ball 59 and Pant blasting a 42-ball 65*. The younger man hung around to see the chase through.

Anderson ruled out of Lord’s Test

England paceman Jimmy Anderson has officially been ruled out of the second Ashes Test after MRI scans confirmed a recurrence of a calf injury that laid him low for four weeks in July.

Anderson managed just four overs in the first Test before pulling up with the injury – England were one bowler less and lost by 251 runs in Edgbaston – and his absence at Lord’s might ensure Jofra Archer gets called up.

“The MRI confirmed that Anderson has suffered a calf injury,” an ECB statement read. “As a result of the injury, he will commence a rehabilitation programme working with the England and Lancashire medical teams. Anderson will miss the second Test match, which starts at Lord’s on Wednesday August 14. He will be reassessed on an ongoing basis regarding his availability for the rest of Ashes series.”

Jofra Archer did his hopes for a Test debut no harm when he turned up for Sussex Second XI against Gloucestershire, and returned 6/27 in just 12.1 overs.

Archer was in the XI to prove his fitness, having missed the first Ashes Test in Edgbaston on recovery from a side strain sustained during the World Cup. He is now expected to replace Anderson in Lord’s, with the veteran missing out due to a calf injury.

The Round 2 clashes between Brampton Wolves and Edmonton Royals, and Vancouver Knights and Winnipeg Hawks were washed out without a ball bowled after persistent rain. The rains relented in time for the second match, but the state of the outfield was desperate, and there was no way for the groundstaff to get it in shape in time.

David Lloyd’s half-century helped Glamorgan post 146/9 – Colin Ingram’s 19 was the second-highest score of the innings – but that proved no match against Sussex, who sauntered to a nine-wicket win.

Philip Salt scored a 42-ball 78* and Luke Wright a 35-ball 56* as Sussex coasted the chase in 13.5 overs. The victory put them atop the South Group table, level on 12 points with Kent, but with a superior net run-rate.

Glamorgan, meanwhile, remain rooted to the bottom of the table, without victory in seven matches now.