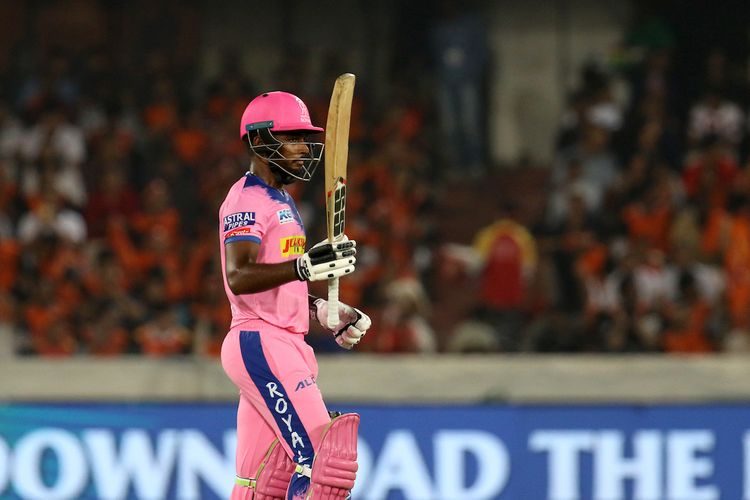 Shivam Dube and Sanju Samson have been called up to the India squad for the T20Is against Bangladesh, even as Rohit Sharma steps in as interim captain with Virat Kohli rested. Elsewhere, Kane Williamson will miss the England T20Is with a hip injury, and South Africa will take on Afghanistan in the opener of the ICC U19 World Cup 2020.

Virat Kohli has been rested for India’s upcoming T20I series against Bangladesh, and Rohit Sharma will captain the side in the three-match series.

Mumbai all-rounder Shivam Dube and Kerala wicket-keeper Sanju Samson were the fresh faces in the squad – Dube earned his maiden call-up, while Samson will be hopeful of making his first India appearance since his debut in July 2015.

Shardul Thakur also returned to the side after a year in the sidelines, while Yuzvendra Chahal was also called up. Navdeep Saini and Bhuvneshwar Kumar will both miss the series due to fitness issues, as will Jasprit Bumrah and Hardik Pandya, both of whom have back problems.

For the Test side, Shubman Gill retained his spot as back-up opener, but Shahbaz Nadeem missed out, despite impressing in his only outing, after Kuldeep Yadav regained fitness.

Sam Billings has been England’s T20I vice-captain for the upcoming series in New Zealand.

Billings has played 21 T20Is for England, but last turned out for them in March before dislocating his shoulder during the England domestic season that ruled him out of the World Cup as well.

However, he has been elevated to vice-captaincy due to his leadership skills – he has previously led Kent and the England Lions on occasion. “It's great to get some recognition and it's a huge honour,” said Billings.

“It's a great opportunity to be recognised as a developing leader. And there's an element of personal development about it too.”

Williamson ruled out of England T20Is

Kane Williamson, the New Zealand captain, will be absent from the side’s five-match T20I series against England after suffering a hip injury. Tim Southee will lead the side in his absence.

It’s a longstanding issue for Williamson. “We've been monitoring the injury for a while now and it's the same issue that ruled him out of the final test against Bangladesh back in March," New Zealand coach Gary Stead said.

“It's disappointing timing for Kane at the start of an exciting Kiwi summer, but we feel it's the right decision with a busy season ahead."

That apart, Jimmy Neesham has earned a recall as has paceman Blair Tickner, while Lockie Ferguson has recovered from injury to play the first three matches, before being replaced in the side by Trent Boult.

The 2020 U19 World Cup will begin when South Africa take on Afghanistan in Kimberly, it was announced as the ICC released the schedule for the tournament.

The 16-team event will be played over 24 days across eight venues, with all of Benoni, Bloemfontein and Potchefstroom set to host matches.

The 16 teams are divided in four each, initially. UAE and Canada join South Africa and Afghanistan in Group D, while India, New Zealand, Sri Lanka and Japan form Group A.

Australia and England will face off in Group B, alongside West Indies and Nigeria, while Pakistan, Bangladesh, Zimbabwe and Scotland make-up Group C.