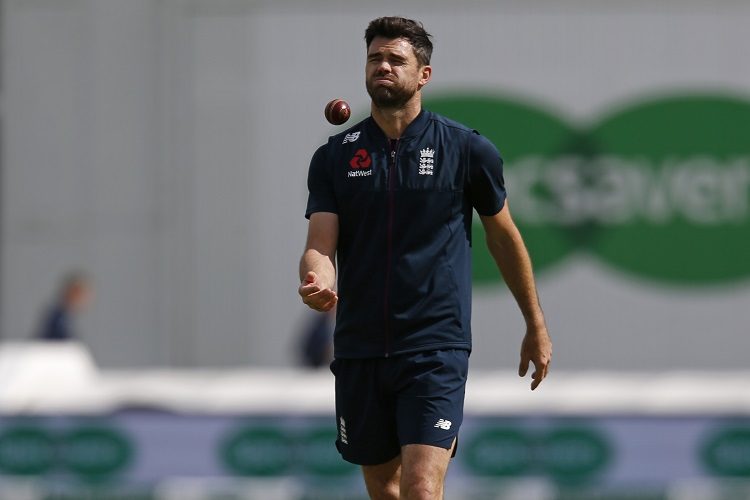 James Anderson will not play the third Test of the ongoing Ashes, at Headingley; the touring Indians got the better of the draw against West Indies A, at Coolidge; Scotland beat Oman and Namibia defeated Botswana by convincing margins; and BCCI announced the India A squads for the unofficial ODIs against South Africa A.

England, 0-1 down in the ongoing Ashes, have retained their 12-member squad from the Lord's Test for the next Test, at Headingley. James Anderson, who had hobbled out at Edgbaston with a strained calf, will meanwhile have his fitness assessed during a match between Lancashire 2nd XI and Leicestershire 2nd XI this week. The squad reads:

Ajinkya Rahane, stand-in captain for the match, and Hanuma Vihari, scored 54 and 64 respectively as the touring Indians made a token declaration on 188/5 on the final day at Coolidge. Having resumed the day on 84/1 in 35 overs, they took another 43 to add 104.

The Indians bowled in short bursts in the remaining 21 overs as West Indies A finished on 47/3.

Hosts Scotland thrashed Oman by an 85-run margin in an ICC Men's Cricket World Cup League 2 encounter, at Aberdeen, thereby avenging their defeat earlier in the tournament. The convincing margin allowed Scotland to reach the top of the table: they now have a net run rate of +0.491, which is significantly more than Oman's -0.385.

Namibia go one up

At Windhoek, Namibia went 1-0 up with a resounding 93-run win in the first T20I of the 4-match series against Botswana.

India A have announced two squads for the 5-ODI series against South Africa A, which will be entirely played at Thiruvananthapuram. Shreyas Iyer and Yuzvendra Chahal, not be part of the Test squad in West Indies, will both play, while Manish Pandey, Axar Patel, Vijay Shankar, and Shardul Thakur are all back. The squads read: